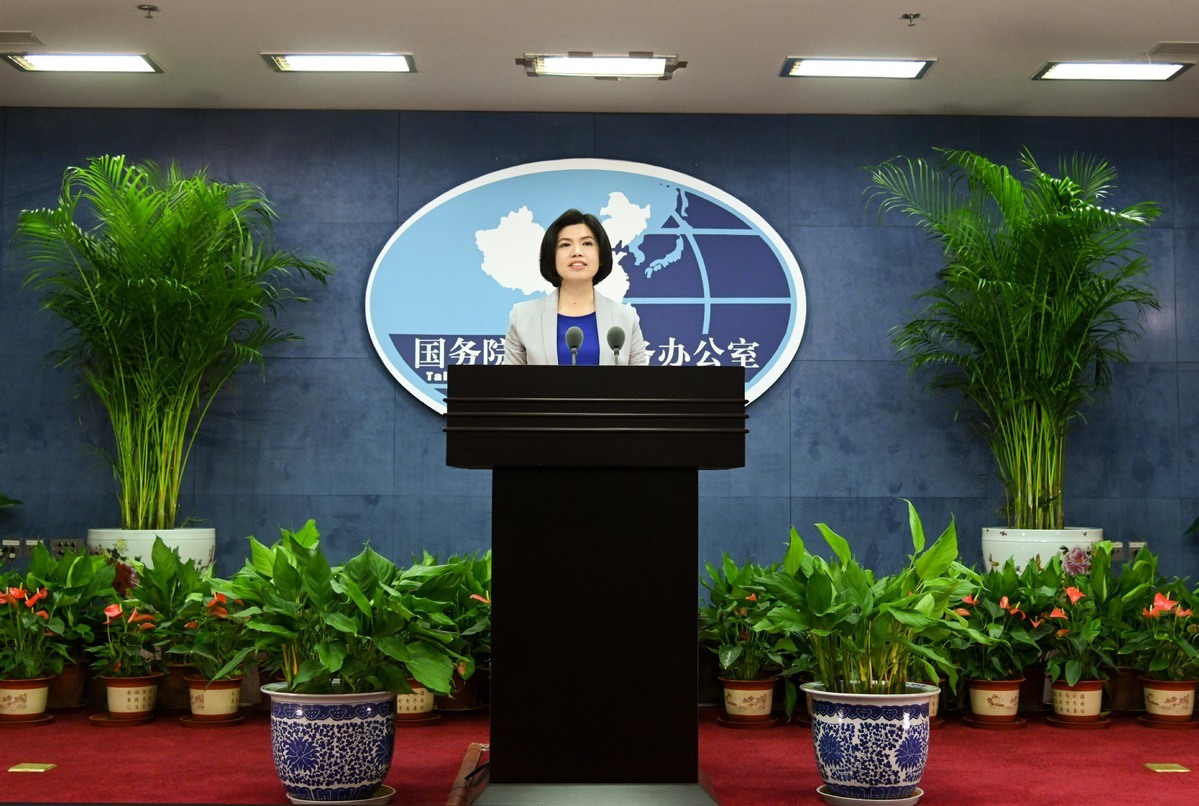 "Taiwan independence" activists must stop their secessionist acts and those who dare to challenge the law will be severely punished, Zhu Fenglian, spokeswoman for the State Council Taiwan Affairs Office, said on Friday.

It was reported that some "Taiwan independence" political parties and groups on the island have been advocating constitutional amendment, by deleting the expression of "national unity". They also promoted changing the word "China" to "Taiwan" in the names of an air company and the passport of the island.

In response, Zhu said the authorities of the ruling Democratic Progressive Party of the island have stepped up efforts to collude with outside forces to undermine peace and stability across the Straits and constantly stirred up confrontation, resulting in a more complex and severe relationship with the mainland.

A small group of "Taiwan independence" secessionists took the opportunity to make a series of activities for "independence", in an attempt to push cross-Straits relations to a dangerous edge and Taiwan compatriots to the abyss of disaster, she said.