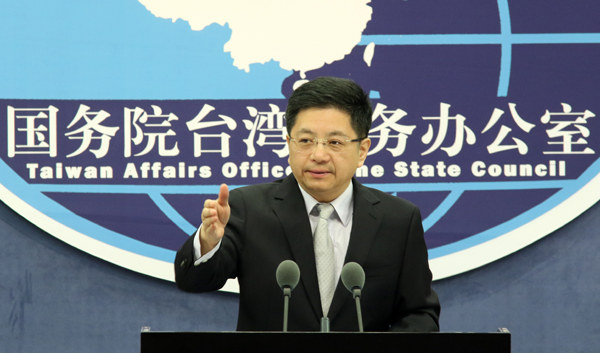 The Chinese mainland warned Wednesday that it will take further actions if secessionists in Taiwan continue to act recklessly.

"We have strong will, full confidence and sufficient ability to defeat separatist attempts for 'Taiwan independence' in any form, and safeguard national sovereignty and territorial integrity," the spokesperson said.

The exercise was directed at "Taiwan independence" elements and their separatist activities, and meant to preserve peace and stability of cross-Straits relations, and the common interests of compatriots on both sides of the Taiwan Straits, he said.

He criticized the current Democratic Progressive Party administration in Taiwan for destructing the political foundation for the peaceful development of cross-Strait relations, conniving at "de-sinicization" by "Taiwan independence" separatists, obstructing cross-Straits exchanges and cooperation, and producing hostility between the two sides of the Straits.

Such acts have undermined the hard-won situation for the peaceful development of cross-Strait ties and caused a regress in relations, he said.

Noting that "Taiwan independence" separatist activities are the biggest real threat to the peace and stability across the Strait, Ma pledged that "we will never allow 'Taiwan independence' elements to separate Taiwan from China."

The spokesperson also stressed that the issue regarding Taiwan is a domestic affair of China and expressed resolute opposition against any intervention from outside forces.