Major artery completed ahead of schedule

The completion of the last remaining extension of a new expressway in Hebei province in late August has shortened travel from Beijing's Yanqing district to Zhangjiakou's Chongli district in Hebei to about an hour, according to Hebei provincial transportation authorities. 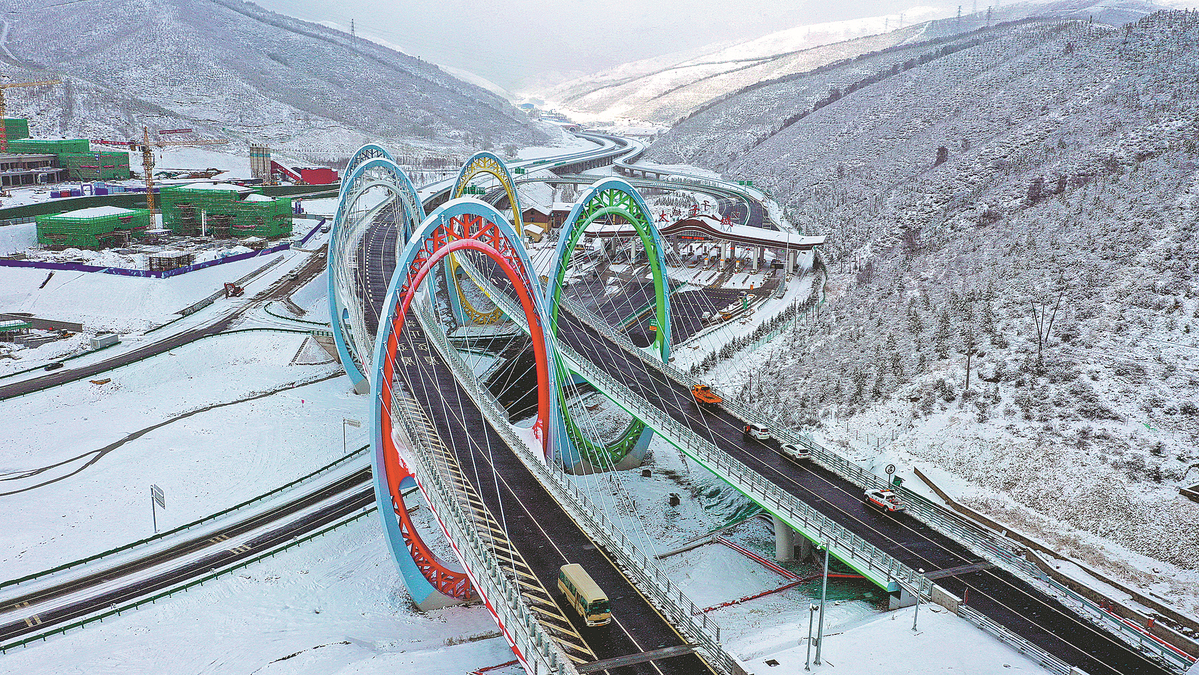 A section of the Yanqing-Chongli Expressway near the Taizicheng toll gate in Zhangjiakou, Hebei province. [Photo provided to China Daily]

In the past, there was no direct expressway, and travel between the two places took about two hours.

The entire Yanqing-Chongli expressway is now in operation after construction of the extension was completed four months ahead of schedule.

"As one of the major transportation arteries for the upcoming Beijing 2022 Winter Olympic Games, the expressway directly links Taizicheng, where some of the main venues are located, with the loop lines of Beijing," said Yu Jianyou, director of the preparation and construction office of the Yanqing-Chongli Expressway's Hebei section.

He noted that the road will improve the whole expressway network for the Games, boost the integrated development of the Beijing-Tianjin-Hebei region and promote regional socioeconomic development.

The Games are scheduled to be held in next February.

Yanqing and Chongli are two of the host locations.

The 17.1-kilometer extension begins at Taizicheng in Chongli－the terminus of the main line of the expressway－and extends northwest to connect with the Zhangjiakou-Chengde Expressway.

The extension, which comes with a speed limit of 100 kilometers per hour, runs through alpine terrain to the east of Zhangjiakou, reaching an altitude of 2,000 meters.

Some 420 hectares of new forest have been planted along the section between Chongli and Huailai in Zhangjiakou, with 650,000 trees planted and 4.17 million square meters of grass sown.

Three service stations have been built along the extension line in Hebei to offer travelers a range of services from refueling and dining to accommodation.

Zhang Xin, director of the expressway's roadside facility department, said the service stations come with emergency facilities to ensure traffic is smooth during the Games.

"An emergency operation center, including a helipad, has been set up at the Taizicheng service station to ensure that any emergencies can be responded to in a timely manner," he said.

Energy-saving designs have also been incorporated, according to Yu. Electric vehicle charging stations and hydrogen-refueling stands have been installed at service stations for new energy vehicles.