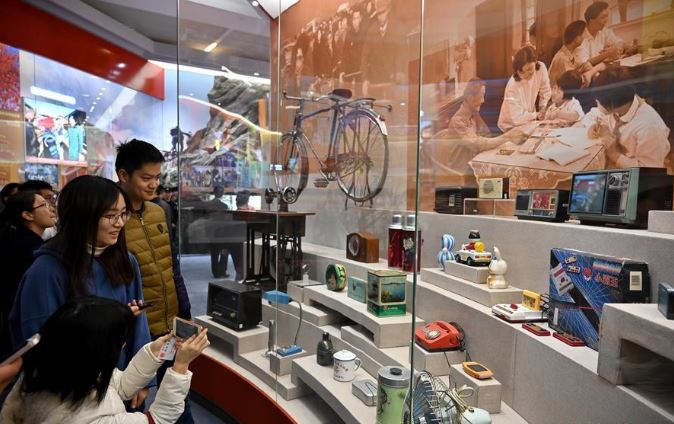 Visitors look at vintage objects displayed at a major exhibition to commemorate the 40th anniversary of China's reform and opening-up at the National Museum of China in Beijing. (File photo: Xinhua)

A grand exhibition to commemorate the 40th anniversary of China's reform and opening-up concluded Wednesday, after receiving 4.2 million visits.

On-site visitors wrote 3.2 million Chinese characters of comments during their visits, and a digital version of the exhibition received more than 400 million visits, according to the organizer.

The exhibition, which opened at the National Museum in Beijing last November, used historical photos, text, video, miniature models and interactive activities to show China's achievements over the past 40 years.