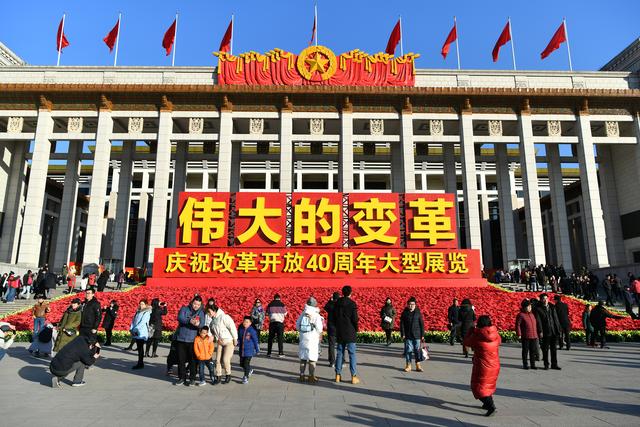 A grand exhibition to commemorate the 40th anniversary of China's reform and opening-up had received over 2.2 million visits as of Saturday, according to the organizer.

The number of daily visits exceeded 60,000 on several days since the exhibition opened at the National Museum of China in Beijing on Nov. 13.

At the exhibition, historical photos, texts, videos and miniature models are presented, with interactive activities provided to show China's achievements over the past 40 years.

A digital version of the exhibition launched about a month ago had been visited nearly 265 million times online as of Saturday. The online pavilion uses diverse multimedia and interactive technologies to bring 154 panoramas, 2,163 display boards and 218 videos to web users.