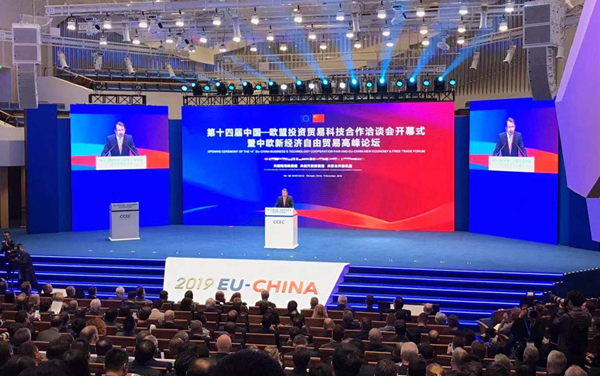 The three-day event aims to explore the new features, challenges, and opportunities of global investment and trade, as well as to promote all-round cooperation between China's western regions represented by Chengdu and EU countries in the field of investment, trade, and technology.

More than 300 foreign companies and institutions from 27 European countries including Finland, Spain, Germany, France, and Italy, as well as representatives from more than 700 Chinese companies and industrial parks attended the event. They are engaged in areas such as education, biomedicine, information and communication technology, environmental protection, as well as cultural tourism.

Thirteen China-EU cooperation projects were signed at the opening ceremony, with a total investment of some 180 million dollars. Among them, 11 projects are in CDHT.

Several projects mentioned above will be settled at the Business & Innovation Center for China-Europe Cooperation in CDHT. Serving as a national-level service platform for EU-China cooperation, the center is the permanent site for the EU-China Business & Technology Cooperation Fair.

As a major technological innovation center in the world, Britain's Cambridgeshire has also authorized the establishment of an official representative office in CDHT. 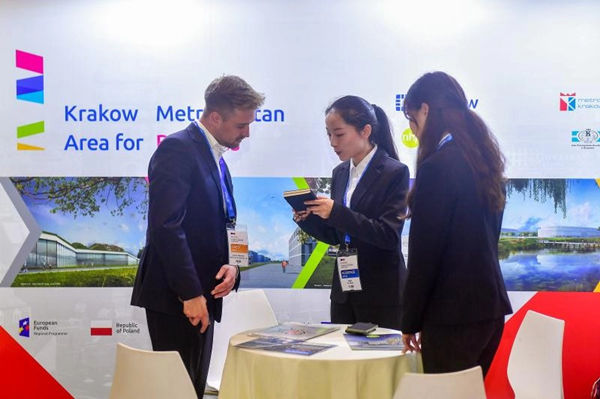 Martin Garratt, chief executive at Cambridge Cleantech, said that there are plenty of opportunities for cooperation between Cambridgeshire and Chengdu.

"Cambridge has countless innovative achievements, but it needs more market transformation," he said, adding that Chengdu is an ideal place to industrialize these innovative ideas since it has manufacturing infrastructure and provides access to a broad market.

Tim Harrington, minister counselor and deputy head of the EU Delegation to China, said that Chengdu is one of China's most dynamic cities and a top investment destination, adding that the city is full of opportunities for European companies.

"Europe and European companies are very keen to cooperate with Chengdu and deepen their close relationship with Chengdu," he said.

The annual EU-China Business and Technology Cooperation Fair in Chengdu is one of the largest platforms to enhance China-EU investment, trade, and technological cooperation.