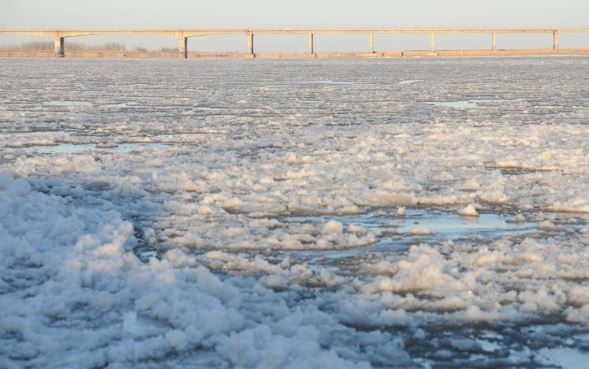 The meteorological and hydrology departments in the region and local authorities along the river have taken precautions against ice-jam flooding and dam breaches, said Qiao Jianzhong with the water affairs bureau in Linhe District, Bayan Nur City.

The 5,464-km-long Yellow River is the second-longest river in China and its section in Inner Mongolia accounts for one-sixth of the river's total. The Yellow River rises in the northwestern province of Qinghai and runs through nine provinces and autonomous regions in western, central, northern and eastern China.