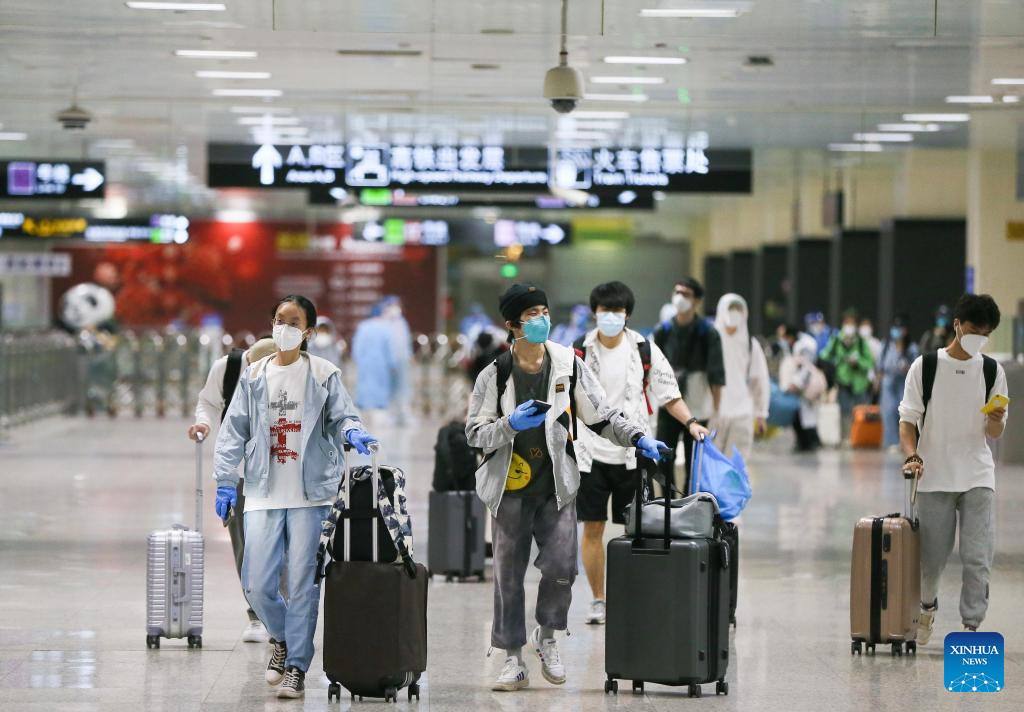 SHANGHAI, June 1 (Xinhua) -- At 6:52 a.m. Wednesday, a train carrying 750 passengers departed from Shanghai South Railway Station. It marks the station has resumed operation after it was suspended for about two months due to the latest COVID-19 resurgence.

Since the COVID-19 resurgence in Shanghai this year, the number of passenger trains and passengers departing from Shanghai declined sharply.

On Wednesday, 64 passenger trains carrying over 35,000 passengers will depart from these three railway stations in Shanghai.

To further facilitate the resumption of work and production, railway services in the Yangtze River Delta region will be increased orderly from Wednesday, said local railway authorities.