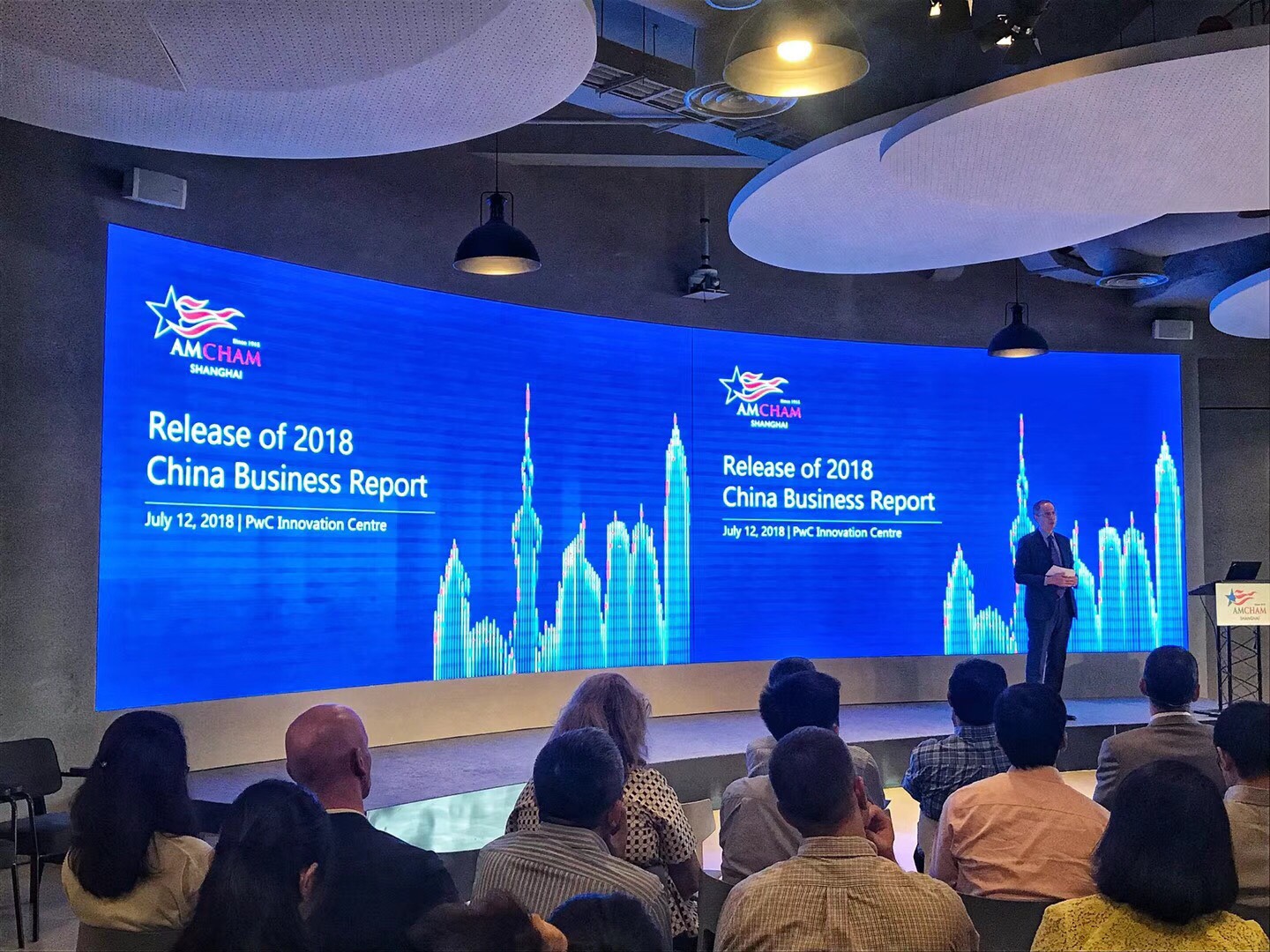 Nearly 70 percent of the surveyed U.S. firms in China oppose the Trump administration's use of retaliatory tariffs to achieve its trade goals, according to a report by the American Chamber of Commerce in Shanghai (AmCham Shanghai).

That was learned from the 2018 China Business Report, based on an annual survey conducted by AmCham Shanghai between April 10 and May 10 among its 1,000 member companies over business climate in China, with responses from 434 companies.

According to the report, 69 percent of respondents opposed the retaliatory use of tariffs, compared to only 8.5 percent who supported.

The report found 77 percent of the U.S. companies achieving profit, the same as last year's, while about 62 percent of companies expected to increase their China investment in 2018 and the number of companies declaring China as their number one investment priority rose slightly.

"Most American companies are prospering in China, and we hope this trend continues," said Eric Zheng, chairman of AmCham Shanghai.