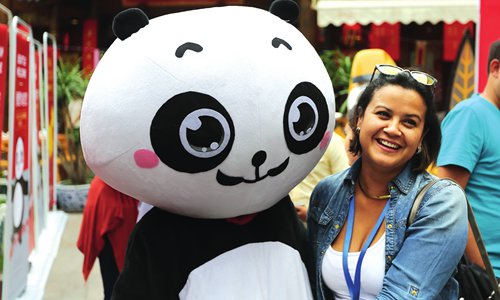 Americans' favorable views of China jumped above 50 percent for the first time in almost three decades, US public opinion polls conductor Gallup said.Gallup reported Tuesday that China's positive rating reached 53 percent, the third time in the poll's four-decade record that a majority of US adults have a positive view of the Asian country.Views toward China differ significantly by age, Gallup said, with 67 percent of people aged 18-34 rating positively, compared with favorable ratings of 54 percent from people aged 35-54, and 39 percent from those above 55.Democrats have a more favorable view than Republicans, as 59 percent of Democrats held a favorable view compared with 42 percent of Republicans in the past two years.The previous two high ratings occurred in 1979, with 64 percent of people having a favorable view when the United States established diplomatic relations with China, and in early 1989, with a positive rating of 72 percent when former US President George H. W. Bush visited the country.