CHINA Malaysian-born panda arrives in China, to meet the public in 1 month

Malaysian-born panda arrives in China, to meet the public in 1 month 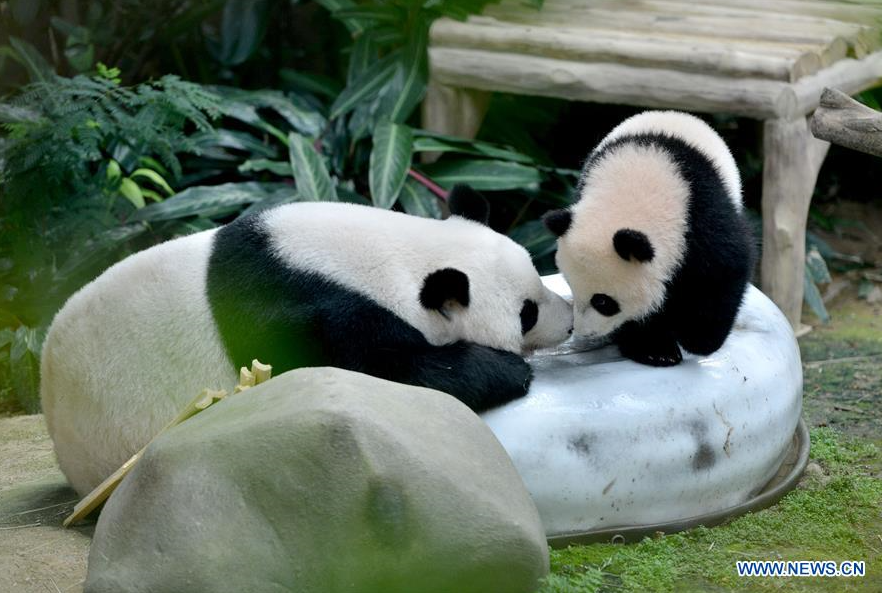 The first Malaysian-born female giant panda arrived in China on Wednesday, and she will be quarantined for a month before she begins to meet the public.The 2-year-old Nuan Nuan was sent directly to the China Conservation and Research Center for the Giant Pandas' (CCRCGP) Dujiangyan base in Southwest China's Sichuan Province, according to a statement that was sent to the Global Times.The young panda felt a bit reluctant to go out of the cage at first when faced with the strange environment, but finally went out after center employees lured it with food.The panda will be in quarantine for a month before she's exposed to the public, said Li Desheng, a CCRCGP specialist, who added that the center hired some experienced breeders and veterinarians just for Nuan Nuan. The baby's parents are Fu Wa (or Xing Xing) and Feng Yi (or Liang Liang), who were sent to Malaysia in 2014 to mark the 40th anniversary of diplomatic ties between China and Malaysia. Nuan Nuan came along a year later.Wan Junaidi Tuanku Jarfar, Malaysia's minister for natural resources and environment, spoke at a farewell ceremony for the young panda at the country's national zoo, in October, the Xinhua News Agency reported. The minister described sending the cub off as "a very difficult decision to make," Xinhua reported. He said that they were sending Nuan Nuan to China to give her sufficient time to adapt to her natural habitat, and cited an agreement reached between China and Malaysia which said that any giant panda born in Malaysia would be sent to China once it turned two.The CCRCGP reported that it already has 12 pandas that have been sent to China from other countries.Li told the Global Times previously that pandas are sent overseas for scientific research and that most of those born outside of China have to be returned by the age of 2 to 4. The CCRCGP already has cooperation agreements with 14 zoos in 12 countries.