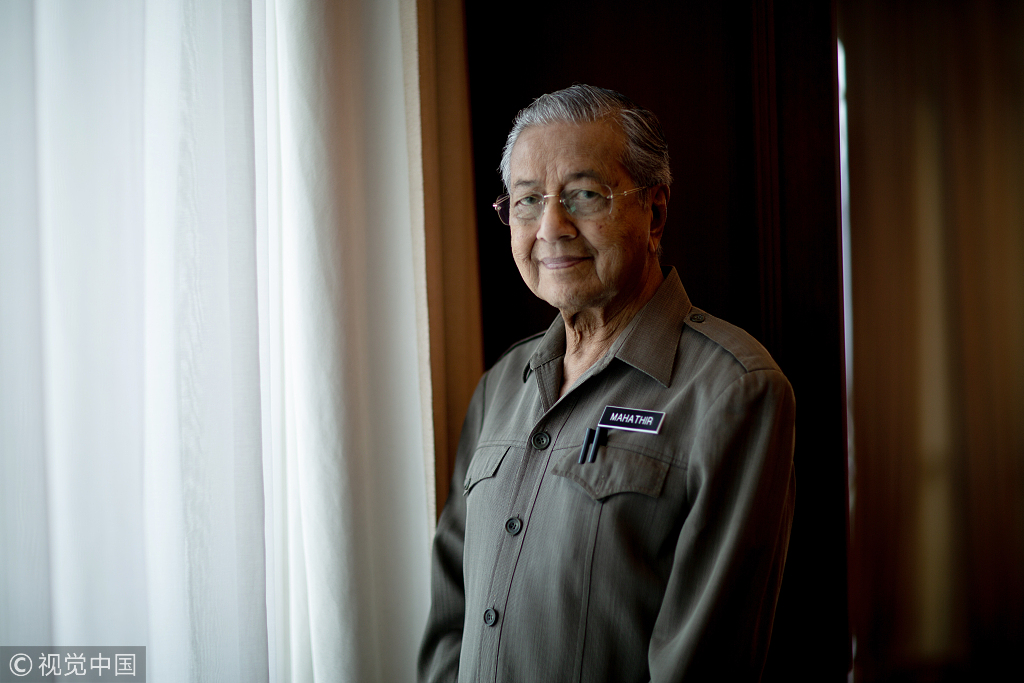 Malaysian Prime Minister Mahathir Mohamad will arrive in China’s Hangzhou on Friday, the first stop of his visit to China from August 17 to 21. During the trip, he will visit Alibaba Group and other Chinese companies, tapping fresh opportunities for bilateral economic cooperation.

Mahathir’s visit to Hangzhou, capital of east China's Zhejiang Province and a hub of innovation in the country, signifies that the two countries will tap more cooperation opportunities in e-commerce, technology and finance.

Emerging industries will be a new area of cooperation for China and Malaysia. The two countries are expected to enhance cooperation in the fields of digital economy, agriculture, high-tech and automobile manufacturing, said Bai Tian, the Chinese Ambassador to Malaysia.

In recent years, Alibaba's investment in Malaysia has reached more than $100 million, according to Jack Ma, Alibaba founder and executive chairman.

In June this year, Alibaba launched a new office in Malaysia, which was the group’s first office in Southeast Asia.

Alibaba Cloud, the group’s cloud computing branch, announced in July that it will in August set up in Malaysia its first cloud-based Anti-DDoS Scrubbing Center, an anti-cyber-attack center, aiming to offer greater security and choices for its customers in the region.

After his Hangzhou visit, Mahathir will visit Beijing from Aug. 18 to 21.

Bilateral trade volume between China and Malaysia in 2017 reached 96 billion US dollars, up 10.5 percent year on year, accounting for 18.7 percent of China-ASEAN trade volume.