Malicious claim for CIA to declare Huawei gets funds from PLA 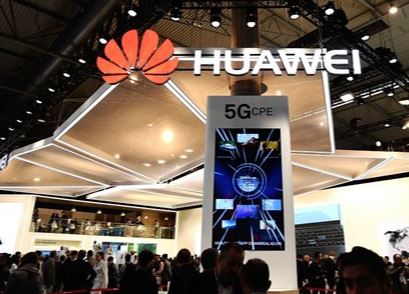 Claims that China's Huawei Technologies is funded by Chinese security agencies are groundless, morally malicious and show a lack of understanding about how the world's tech giant is operated and managed. The claims also reflect ongoing efforts of the US to crack down on the advanced global 5G player, which are in line with Washington's zero-sum game approach, industry insiders said Sunday.

According to the Sunday Times, the Shenzhen-based technology giant, which is also the largest telecoms equipment provider worldwide, has allegedly received funding from the People's Liberation Army, China's National Security Commission, and a third branch of the Chinese state intelligence network, the Sunday Times cited the US Central Intelligence Agency (CIA) as the source of its information.

"The report is based on unreliable sources and speculation, and lack an understanding of all the facts. The newspaper did not verify the information in the report with Huawei, and the conclusions are completely unsubstantiated and untenable," a Huawei spokesperson told the Global Times Sunday.

Huawei is a private company that is wholly owned by its employees. No government agency or outside organization holds shares in Huawei or has any control over Huawei, the spokesperson reiterated.

Although the CIA accused Huawei of being financially supported by the Chinese authorities, it did not disclose any concrete evidence. "The lack of proof made the accusation groundless and malicious, which also showed broader efforts and conspiracy by the US to curb Huawei for geopolitical reasons," Xiang Ligang, director-general of the Information Consumption Alliance, told the Global Times on Sunday.

Accusing a company that has made its financial reports and corporate management transparent, and has been supervised by third-party agencies, is absurd and hysterical, industry insiders said.

The company doesn't receive subsidies from the Chinese government, except for a few projects that support scientific research, Ren Zhengfei, founder of Huawei, said in an earlier media interview. These are clearly listed in the company's KPMG-audited annual report, he said.

"You can see those in our financial report. We also received some subsidies from European governments for basic research," he said.

Huawei enjoyed very robust revenue growth in 2018 and in the first quarter of 2019, with an estimated increase of 30 percent year-on-year.

"It doesn't make any sense that Huawei receives money from the Chinese government so that authorities could control it, as it has already become a company that can generate billions of yuan of profits every year and invest in the future," Xiang said.