A man will be placed under criminal detention for his reported defamatory comments about heroes and martyrs on social media, Beijing police said. But, as the suspect is currently abroad, the police are urging him to return as soon as possible to face charges, according to a police statement released on Monday. 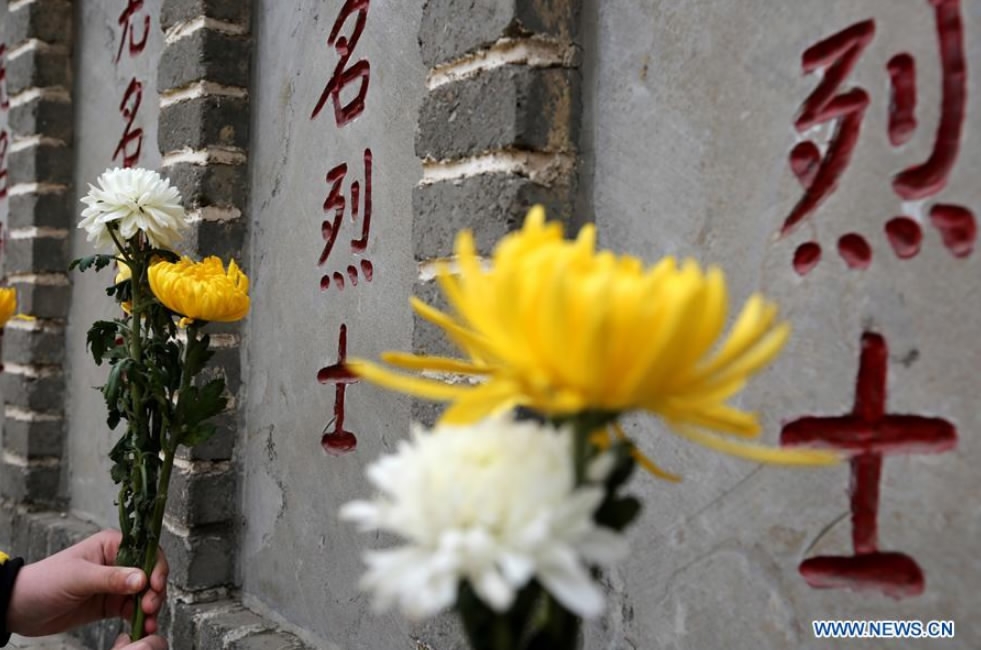 Flowers at the tomb of martyrs. (Photo: Xinhua)

The police received public reports accusing the man of posting information that defamed heroes and martyrs while commenting on another user's statement on Sina Weibo, the Chinese Twitter-like platform, on June 23, 2020, the statement said.

After initial probe, police in Beijing's Haidian district decided to put the 30-year-old man, surnamed Pan, under criminal custody. However, Pan went overseas on Feb 2; the police then launched a pursuit of him, urging him to return for further investigation as soon as possible, according to the statement released by the Haidian police bureau via its account on Weibo.

The statement said harming reputation or other legitimate rights of heroes and martyrs, including defamation or slander, will be resolutely fought in line with the law.

In February, two web users were detained in Beijing and Nanjing, Jiangsu province, after they were accused of publishing defamatory information about the deaths of four Chinese soldiers killed during a border dispute with India.

The detention of the user surnamed Qiu in Nanjing was approved by local prosecutors on March 1.