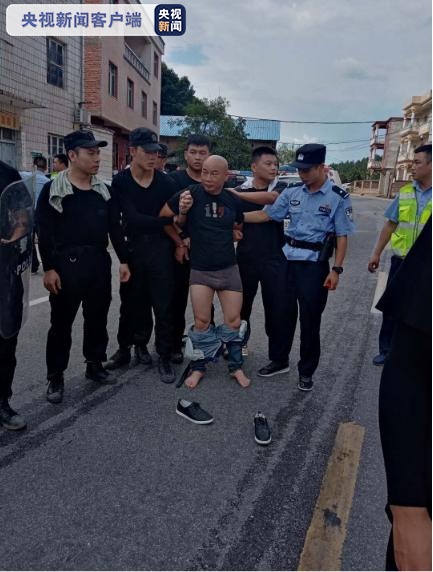 A man suspected of killing three people in Jiangxi province was charged by local prosecutors with crimes of intentional homicide, robbery and larceny on Friday.

The prosecution against Zeng Chunliang was made by the province's Yichun People's Procuratorate, and the judicial authority noted it had informed litigation-related rights to Zeng and told close relatives of victims that they have the right of finding attorneys.

It said it also listened to opinions about the case from Zeng's lawyer and the victims' close relatives during investigation and prosecution, adding the case is still in process.

Zeng, 44, a native of Jiangxi's Le'an county, was suspected of killing an elderly couple and injuring a child on Aug 8, and then escaping from the scene. Five days later, he was also accused of killing a local poverty relief official.

After a manhunt lasting more than a week in the countryside, including mountainous areas, Zeng was captured by the Le'an police in Hangqiao village at around 4:30 pm on Aug 16.

The search for Zeng involved some 4,000 local and nearby public security officers, the armed police and the militia, with many checkpoints established on roads and drones deployed.

An auxiliary police officer was also hit by a truck and killed while examining vehicles on a provincial-level expressway when pursuing the suspect.

According to ThePaper.cn, a Shanghai-based online news outlet, Zeng was convicted of burglary respectively in 2002 and 2013, and was released from prison in May.