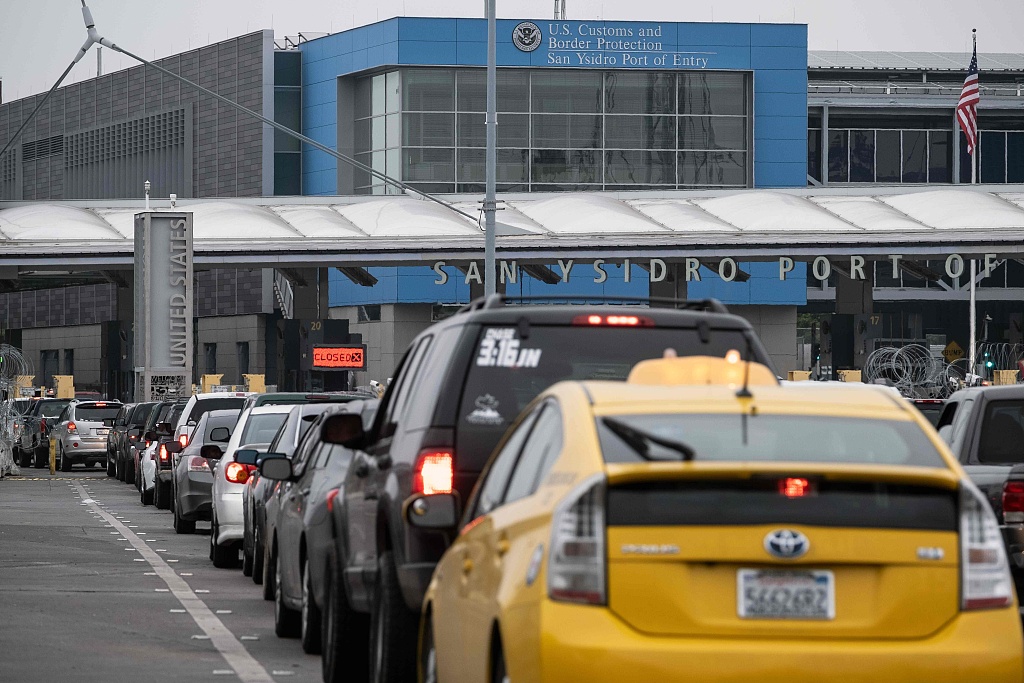 People on vehicles heading to the US queue at the San Ysidro border crossing, in Tijuana, Baja California State, Mexico, on May 31, 2019. (Photo: VCG)

A US citizen has been charged in the smuggling deaths of three Chinese migrants who were found in the trunk of his BMW two days after he crossed the border, including a mother and her 15-year-old son, authorities said Tuesday.

Neil Edwin Valera, 50, pleaded not guilty to encouraging aliens to enter the US resulting in death, which carries a maximum sentence of life in prison.

Federal prosecutors say the bodies were discovered Aug. 11 when San Diego police got a 911 call from someone reporting a foul odor and blood dripping from Valera’s car, parked in San Diego. Inside the trunk, they found a man, the woman and her son.

A witness said no one was seen coming or going from Valera’s parked 1999 silver BMW for two days, according to the US attorney’s office in San Diego.

“These tragic cases are grim reminders that attempting to cross into the United States illegally in the trunk of a car — and putting your faith, hope and future in the hands of smugglers — is extremely dangerous,” said Robert Brewer, US attorney for the Southern District of California.

Prosecutors identified Valera as a truck driver from El Paso, Texas, who lived in Tijuana, Mexico, across the border from San Diego.

Valera’s attorney Jeremy Warren did not immediately respond to a request for comment late Tuesday. A bond hearing is scheduled October 5