CHINA Man-made moon to shed light on Chengdu in 2020

Man-made moon to shed light on Chengdu in 2020 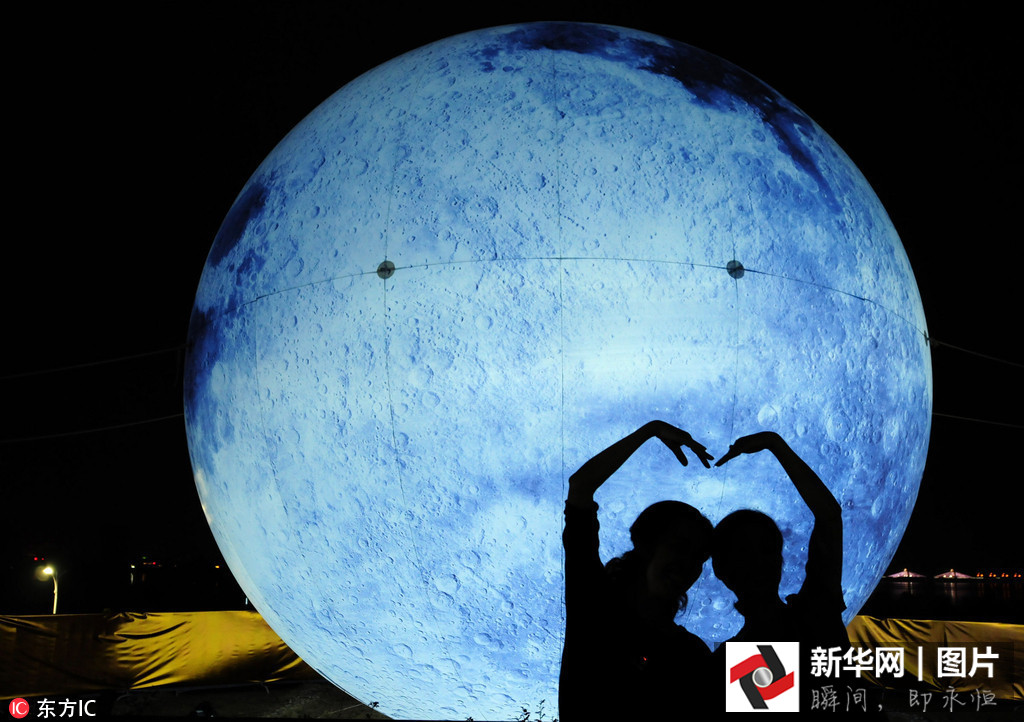 China's space industry is preparing to launch the world's first artificial moon to help with urban illumination at night, a leading scientist said.

China plans to put an artificial moon in orbit above Chengdu, capital of Sichuan province, from the Xichang Satellite Launch Center in Sichuan by 2020. If the launch proves successful, three more such objects will be launched in 2022, Wu Chunfeng, head of Tian Fu New Area Science Society in Chengdu, told China Daily in an exclusive interview on Thursday.

The artificial moon will have a reflective coating that can deflect sunlight back to Earth, similar to how the moon shines, he said.

The man-made moon is essentially an illumination satellite designed to complement the moon at night, though it is predicted to be eight times brighter, the scientist added.

This is due to the object's planned orbit about 500 kilometers above Earth－much closer than the 380,000-km distance to the moon, Wu said.

"But this is not enough to light up the entire night sky," he said. "Its expected brightness, in the eyes of humans, is around one-fifth of normal streetlights."

The location and brightness of the light beam can be changed, and its coverage accuracy can fall within a few dozen meters, he said.

The artificial moon might replace some streetlights in the urban area, thus conserving energy.

Wu estimated Chengdu could save around 1.2 billion ($174 million) yuan in electricity annually if the artificial moon illuminated 50 sq km of the city.

Meanwhile, the extra light can shine into disaster zones during blackouts, thus aiding relief and rescue efforts, he added.

The mirrors can be adjusted for luminosity, and can be completely turned off when needed. However, less light from the satellite will reach the ground if the sky is overcast.

"The first moon will be mostly experimental, but the three moons in 2022 will be the real deal with great civic and commercial potential," Wu said.

The three new man-made moons can take turns reflecting sunlight as they will not always be in the best position relative to the sun, and together they can illuminate an area of around 3,600 to 6,400 sq km on Earth for 24 hours if desired, he said.

Wu said several notable universities and institutes, including Harbin Institute of Technology and China Aerospace Science and Industry Corp, have evaluated the man-made moon project and given it their approval for trial and demonstration.

Despite the approval, Wu was quick to point out some criticism of the project, including fear of detrimental physiological consequences for people and animals, in which the absence of regular alternations between night and day would disrupt various metabolic patterns, including sleep.

"We will only conduct our tests in an uninhabited desert, so our light beams will not interfere with any people or Earth-based space observation equipment," he said. "When the satellite is in operation, people will see only a bright star above, and not a giant moon as imagined."

However, Wu stressed that much work still needs to be done, both in terms of scientific feasibility and business models, to tap into the full potential of China's artificial moons.

He said China, Russia, the United States, Japan and European countries are all looking to capitalize on harnessing energy from space, and reflecting mirrors have been in the discussion for some time.

In 1999, Russia tried sending a 25-meter diameter space mirror, under the project named Banner, into space. The project aimed to redirect sunlight onto Russian cities, but the space mirror misfired at launch and the entire project was soon canceled due to budget issues, according to the New York Times.