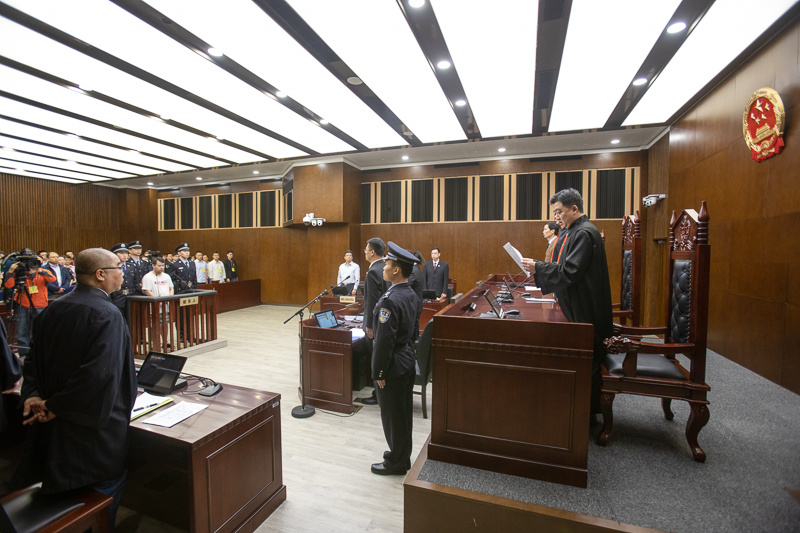 Huang Yichuan stands trial at the Shanghai No. 1 Intermediate People's Court on May 23, 2019. (Photo by Gong Shiwei / For chinadaily.com.cn)

Huang Yichuan, the man who killed two 10-year-olds near the gate of an elementary school in Shanghai, was executed on Thursday, the Shanghai Intermediate People's Court announced.

Born in 1989 and a native of Shaoyang city, Hunan province, Huang stabbed three children and a parent with a knife outside Shanghai World Foreign Language Primary School in Xuhui district on the morning of June 28, 2018. Two boys died. Another boy and a mother were injured.

The court said that Huang had carried out his actions in a rage that stemmed from his belief that he was insulted by others.

Investigations revealed that he actively scoured for potential targets before making several visits to Shanghai World Foreign Language Primary School to determine the best time to carry out his attack.

Huang was provided with the opportunity to meet his family before his execution, the court said.