Man who poured water on Baidu chief gets 5-day detention 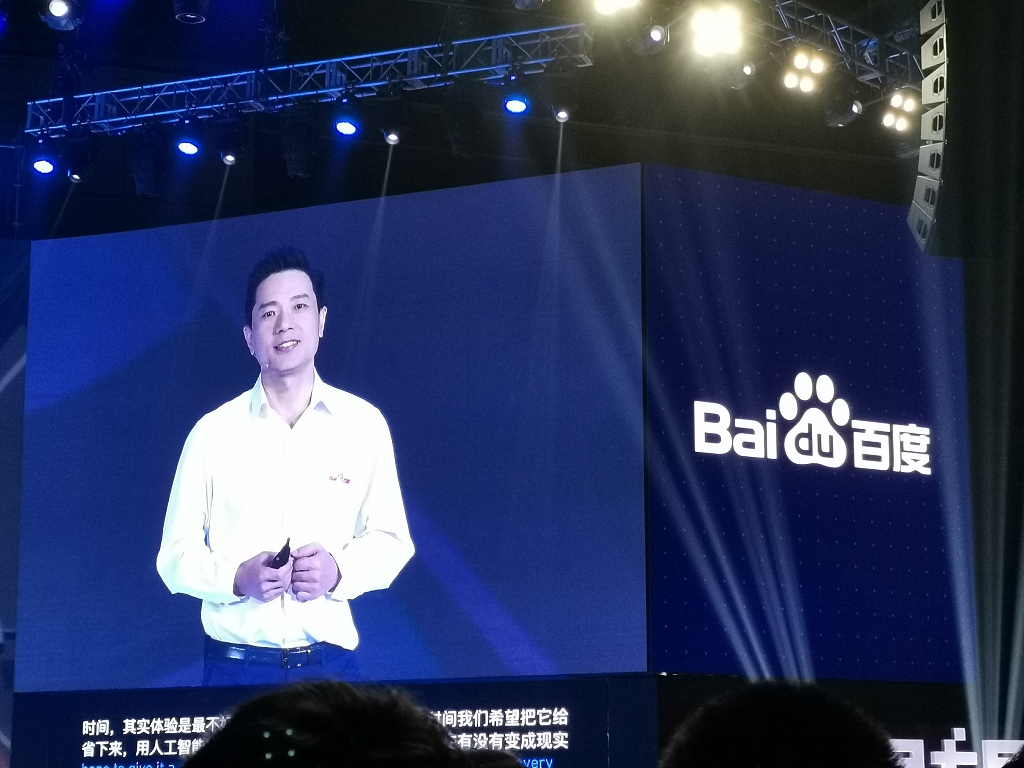 The man who poured water over the head of Robin Li Yanhong, co-founder and chairman of China search engine giant Baidu, on Wednesday was given a five-day administrative detention for disturbing public order by Beijing police.

The man's surname, Cheng, and his punishment were posted via the micro-blog of the Public Security Department from the capital's Chaoyang district on Thursday morning.

Police said in the online statement that they did an investigation and made this punishment decision after receiving a report from Baidu staff members at about 11 am on Wednesday.

Robin Li was speaking about connected cars and artificial intelligence at a company event on Wednesday in the capital when Cheng jumped on stage from the audience and poured a bottle of water over Li's head.

A video of the attack quickly spread on Chinese social media and aroused public attention.

Later, a Sina Weibo user named "Zhi Nan Shang Shu" was suspected by Chinese netizens as being behind the attack on Li, because a video of the entire event appeared in his posts. "Zhi Nan Shang Shu" had said earlier that he was "ready to go on stage".

In another post regarding the suspected attacker, the user asks "Xiaodu (an artificial intelligence assistant embedded on some Baidu's smart devices) what will happen if I pour water over your boss's head"?

When China Daily opened the "Zhi Nan Shang Shu" micro blog on Thursday, the posts had been removed. The police did not say who the user was in their online statement.