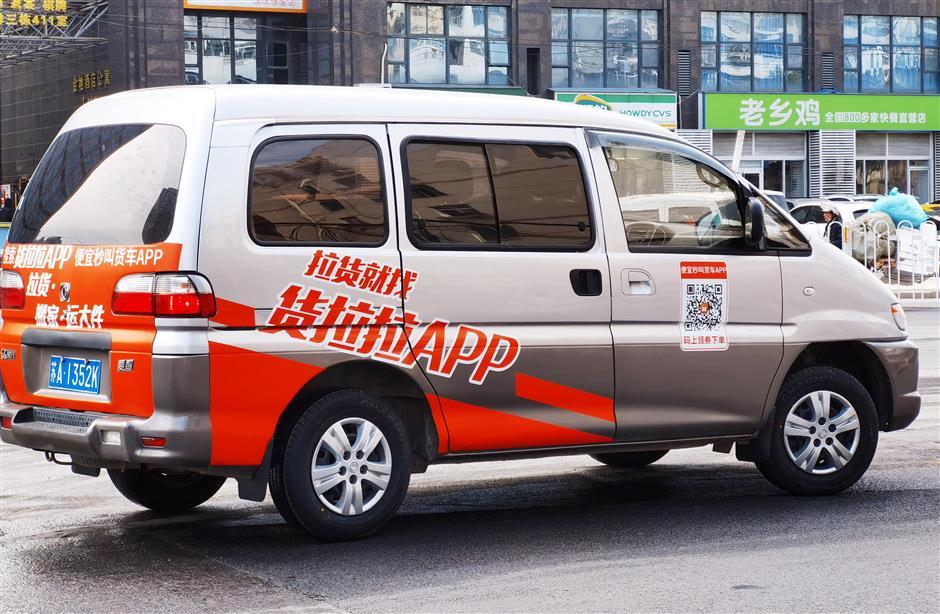 A Huolala van is seen on a street in Nanjing, Jiangsu Province.

A Huolala driver has been accused of manslaughter following a police investigation that alleges he failed to stop a woman from jumping out of the van he was driving after an argument they had.

The 23-year-old woman surnamed Che jumped out of a window of the moving van that she rented to move to a new home on February 6 in Changsha, Hunan Province, sustaining serious head injuries that led to her death four days later, police said in a statement today.

A forensic study found that the women's clothes were intact, and there was no indication of a fight or DNA from the driver on her body.

Police said the two had an argument about the van's route and prolonged waiting time.

The suspect, a 38-year-old man surnamed Zhou, met Che at 8:38pm. He offered to help load the van, which would have increased the price, but Che declined. While Che was loading the van, Zhou complained repeatedly about the amount of time it was taking and told Che she would have to pay extra if he waited for more than 40 minutes.

During the ride, Zhou asked Che if she needed help unloading, but Che again declined.

To save time, Zhou abandoned the navigated route and took a shortcut, over which Che raised concerns but Zhou responded with a bad tone.

At around 9:30pm Che objected again to the route and demanded Zhou stop the van. After Zhou ignored her, Che leaned over and jumped out of the window. Zhou did not attempt to stop her or stop the van. Instead, he slightly hit the brakes and turned on the van's flashing lights.

Only after Che hit the ground did Zhou stop the van, called an ambulance and later alerted the police.

Police said Che was petite at 150 centimeters and weighted only 43 kilograms, making it possible for her to get out of the van's window.