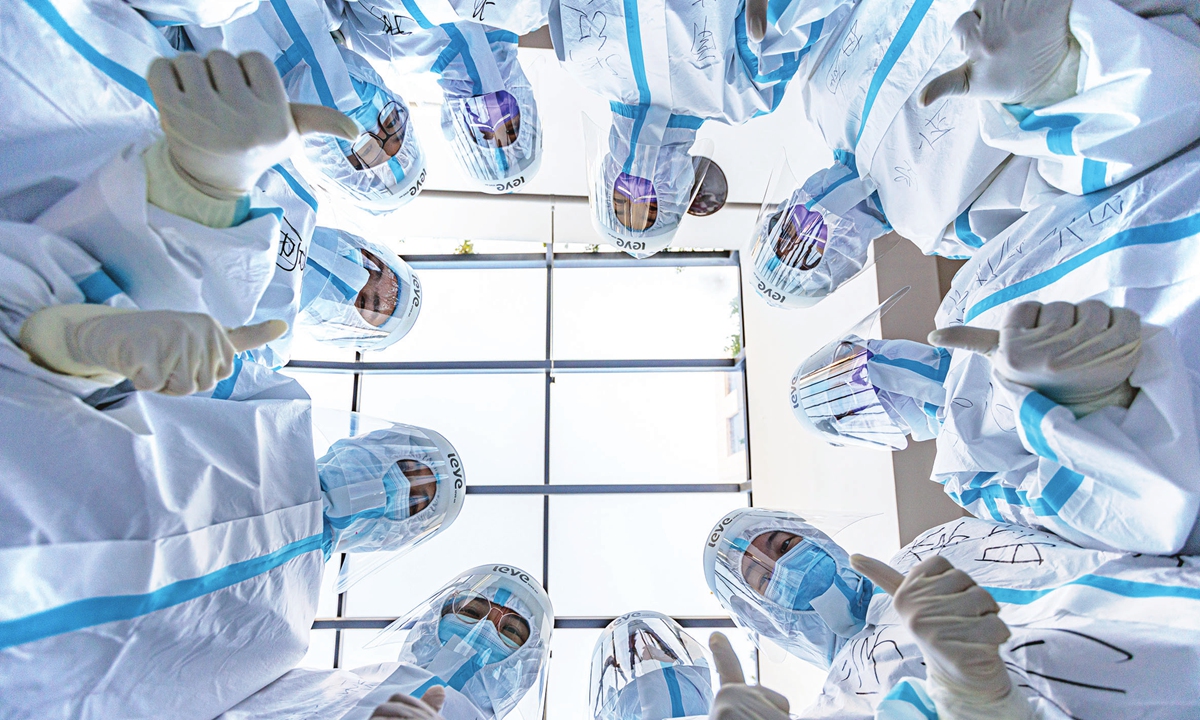 The latest outbreak in Manzhouli shows the characteristics of a cluster infection, local authorities said at a press conference on Thursday. The virus is thought to have spread among local families and communities, and a local school.
Six cases were found to have occurred within families, and four cases went to the same local middle school. Meanwhile, the outbreak was also detected in a community, where five cases were confirmed.
All gathering events have been suspended, and the six communities where infection cases were found have been put under 24-hour closed-loop management.
Vehicles carrying medical supplies and daily necessities are fully running to ensure the city's normal operations. Relevant personnel will receive COVID-19 screening tests upon arrival in the city.
Railways, flights, and road traffic from Manzhouli have been suspended, and medium-risk areas in the city have been put under strict traffic controls.
The city reported nine more locally transmitted cases on Thursday, including two previous asymptomatic ones who later became confirmed patients, the local health authorities announced on Thursday, bringing the total number of locally transmitted cases to 11.
All of them have been put under quarantine and are receiving treatment in designated hospitals. A total of 658 close contacts have been tracked down.
Manzhouli entered quasi-lockdown mode after two local COVID-19 infections were reported on Saturday, a 55-year-old sanitation worker and his wife, who works as a domestic help. The places where the two confirmed cases have visited in the past 14 days have been sealed off and undergone thorough disinfection.