Only 7.2 people out of every 1,000 got married in China last year, the lowest marriage rate since 2013, according to the National Bureau of Statistics and the Ministry of Civil Affairs. 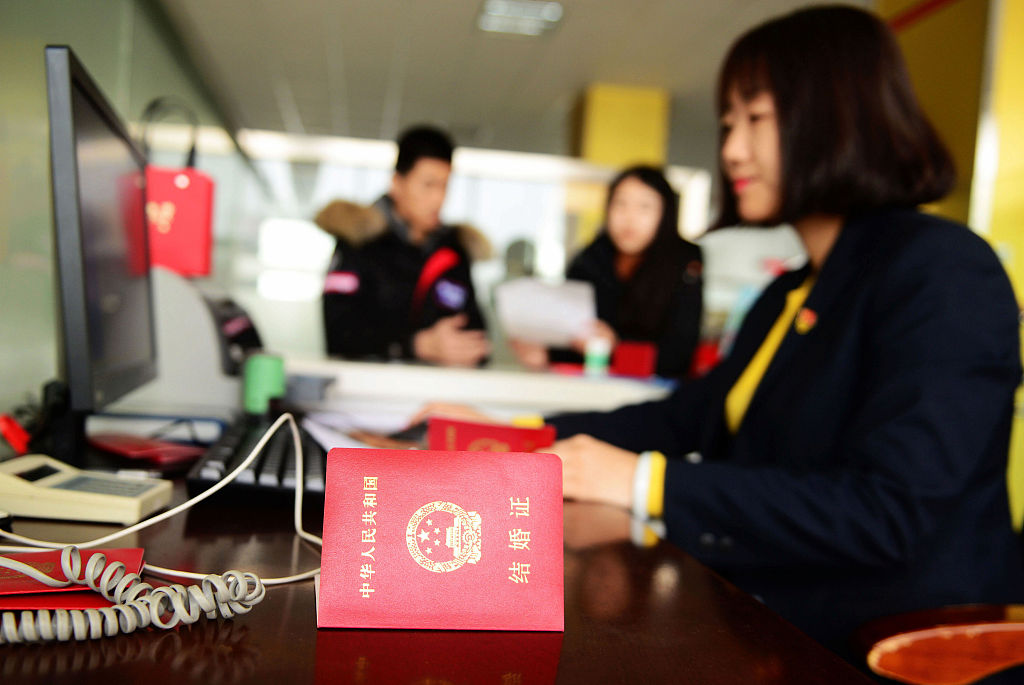 A survey by the People's Daily found that 29.5 percent of respondents weren't married because they hadn't met the right person, and 23.4 percent said they weren't ready to take on the responsibilities of starting a family.

A major reason for the declining marriage rate is the shift towards people marrying later, according to Shi Zhilei, a director with the Population and Health Research Center at Zhongnan University of Economics and Law. Other contributing factors are China's declining population and the rising cost of living, said Pan Jianlei, a professor at the Beijing Municipal Party School.

The proportion of people unwilling to marry is climbing, especially among women. About 6 percent women aged 30 and 34 in China were unmarried in 2015, a figure about 10 times higher than what was recorded in 1990, according to Yuan Xin, professor from Nankai University.

The marriage rate is relatively low in China's most developed regions. For example, as of the end of last year, in Shanghai only 4.4 people out of every 1,000 people married in the year, the lowest rate in the country. Tianjin, Guangzhou, and Beijing also recorded low marriage rates.

Conversely, the marriage rate was notably higher in the country's relatively underdeveloped regions, such as Tibet, Anhui, and Guizhou. Guizhou's marriage rate was the nation's highest, at 11.1 per 1,000 people in 2018.

According to Pan Jianlei, the acceleration of urbanization raises the economic burden on urban dwellers, which makes them less likely to marry and have children.