Police across the nation have intensified their fight against theft and robbery as this year's Spring Festival travel rush, or chunyun, kicks off. Among the police officers on duty are a married couple who work separately. 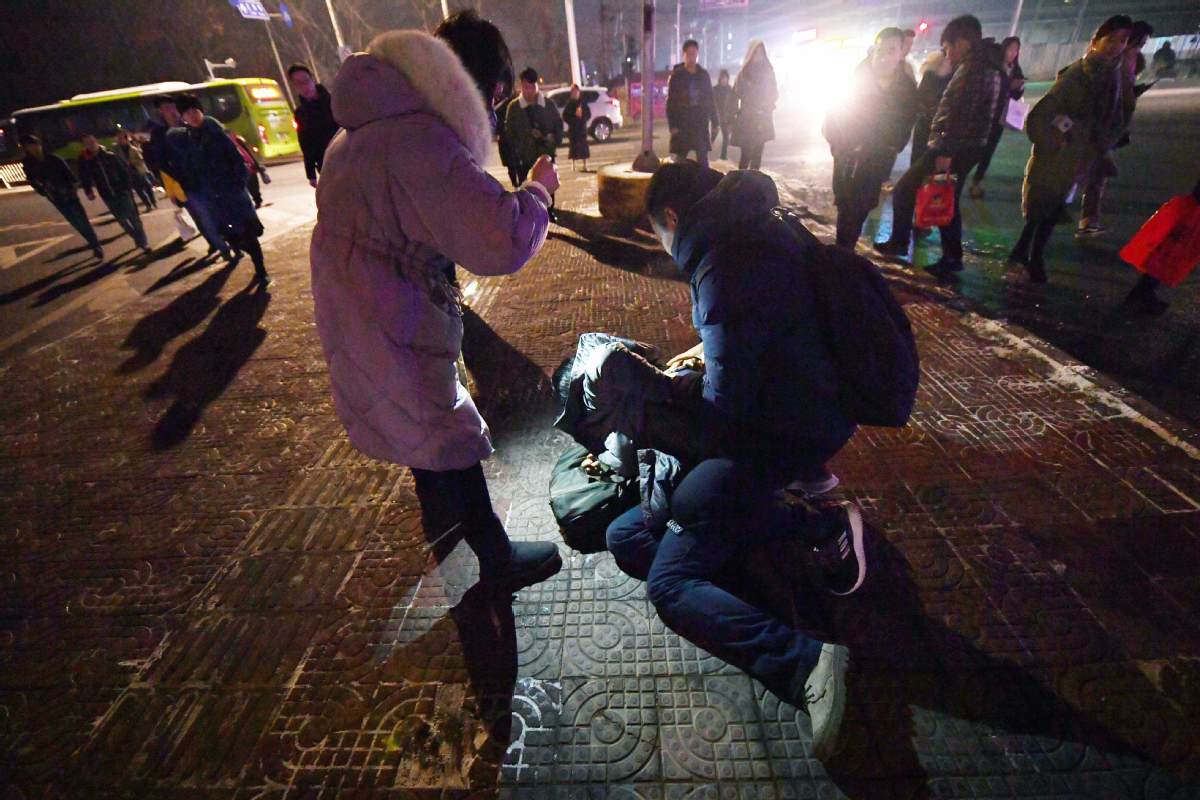 Wen Hua and her husband, Wang Chen, - these names are pseudonyms - are members of the Beijing Municipal Public Security Bureau's anti-pickpocketing team. They've served on the force for seven years and been married for two years but spend more time on separate anti-pickpocketing operations in plain clothes than together. And during holidays such as Spring Festival, they are much busier than usual, striving to ensure travelers can enjoy a safe and happy journey.

Pickpocketing rates generally spike during chunyun, when hundreds of millions head home. Passengers at bus and railway stations, as well as those on wharves, become targets.

Anti-pickpocketing police officers like Wang and Wen are "invisible guardians" who battle against crime to keep people safe from pickpockets. In 2019, the Beijing Municipal Public Security Bureau nabbed more than 600 pickpockets and busted over 50 pickpocket gangs.