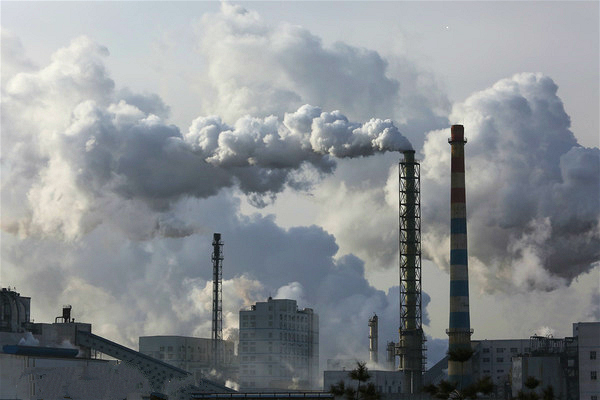 The Ningdong Energy and Chemical Industry Base, one of China's largest coal production bases and a coal-to-chemical industry base, is located close to Shaanxi Province and Inner Mongolia Autonomous Region, areas with large coal deposits.

Since last year, it has shut down 127 disorderly coalfields which occupied over 533 hectares. Over 2 million tonnes of coal has been cleaned and 90 percent of the construction above ground has been dismantled.

The coalfields were a major logistical base that stored coal from the local area and Inner Mongolia, and then loaded them onto trucks to send to local fire power plants, boilers, and consumers in Yunnan and Jiangsu provinces. Annual turnover was 25 million tonnes, totaling 10 billion yuan (1.5 billion US dollars).

These coal fields, however, were poorly managed. Most never met environmental requirements. The decision to close them was met with great resistance by the coalfield owners who paid a hefty rent to the villages and created jobs for the people living in the area.

"Money from the coalfields helped cover medical and social insurance costs for the villagers. One of the villages received four million yuan a year for leasing out the land to coal yard owners. Every family received a dividend of over 5,000 yuan," said Yan Xinmin, an official with the base administration.

Yang Jia, general manager of Ningxia Xinwen Energy Technology Company, said he once had to hide from environmental inspectors because he did not have credentials for operation.

Yang was the first to shut down the old coal yard and move his business to new coalfield, an 133-hectare area at the southern part of the base.

Thirty-four companies have been chosen to move their coal storage facilities into the new coal field, which cost 600 million yuan to build.

Ma Sanqing, an official with the base administration, said the villagers will find new jobs and sources of income at the new coalfield.

The villagers will become shareholders of a special service company for the coalfield.

"If we have 1,000 trucks every day, the management of the trucks, dining and cleaning services will generate 5 million yuan every year," said Ma.

"It is a necessary step to clean up the old coal yards," said Yang Fu, head of the Huiminxiang village.

"We are planning to build parking lots, dining facilities, auto repair shops and other services," he said.

Efforts are underway to clean the black slags and mud that blocked the flood discharge channels. Trees will be planted to restore the greenery at the coalfields, said Ma.

Construction of the Ningdong Energy and Chemical Industry Base began in 2003. Now it is home to around 130 enterprises. The gross industrial output value reached 117 billion yuan in 2017. Enditem