The People's Liberation Army conducted a massive transport operation on Thursday to send military medics to Wuhan, capital of Hubei province and epicenter of the novel coronavirus pneumonia outbreak, to help fight the epidemic. 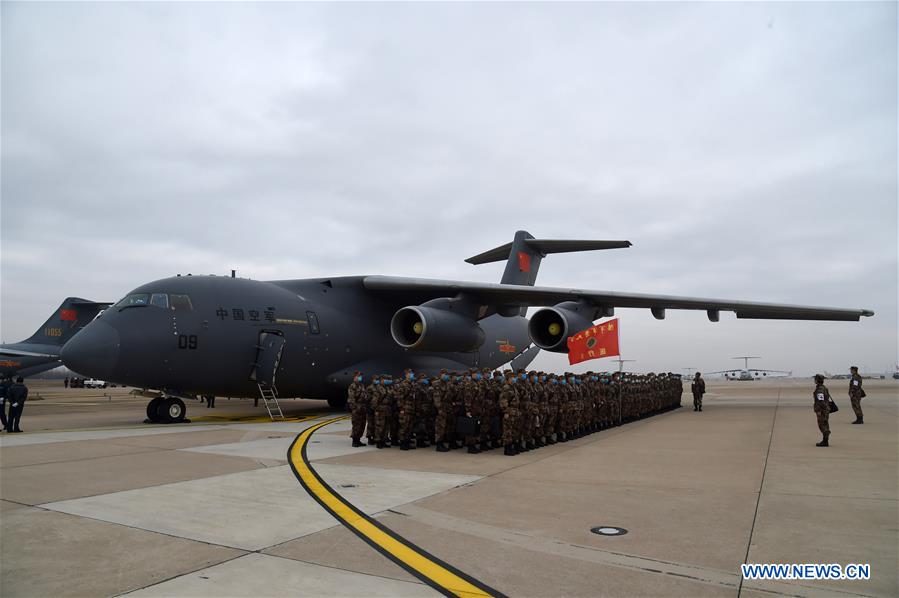 This is believed to be the largest civilian-linked operation of the Air Force's transport fleet and also marked the first civilian-related deployment of the domestically developed Y-20, one of the world's largest strategic heavy-lift transport planes.

The medics form part of the third group of medical personnel from the PLA and the People's Armed Police Force to assist in Wuhan's fight against novel coronavirus pneumonia. They are tasked with treating infected patients at two local hospitals, according to a statement from the military.

Another 1,200 medics, the remainder of the third group, will be sent to Wuhan in coming days according to the needs of local hospitals, including temporary hospitals built for the outbreak, the statement said. The deployment of the third group was approved by President Xi Jinping, who is also general secretary of the Communist Party of China Central Committee and chairman of the Central Military Commission, it said.

Two earlier groups of medics, totaling 1,400 members, have been working at a local temporary hospital for more than 10 days.

Du Baolin, commander of the division in the PLA Western Theater Command, told Xinhua News Agency that the operation was carried out on short notice and was an opportunity to examine the Air Force's strategic transportation capability.

"This operation could also serve to verify and improve the Air Force's capabilities to mobilize mobile units, organize large-scale, sophisticated deployment and provide logistics support to such tasks," he added.

Developed by Aviation Industry Corp of China, the biggest contractor for the PLA Air Force, the Y-20 made its maiden flight in January 2013, and deliveries to the Air Force began in July 2016.

The colossal jet, with a maximum takeoff weight of around 200 metric tons, can transport cargo and personnel over long distances in a variety of weather conditions, according to the Air Force.

On Feb 2, the Air Force arranged eight Il-76s to carry 795 medical personnel from the armed forces and 58 tons of equipment and materials to Wuhan.