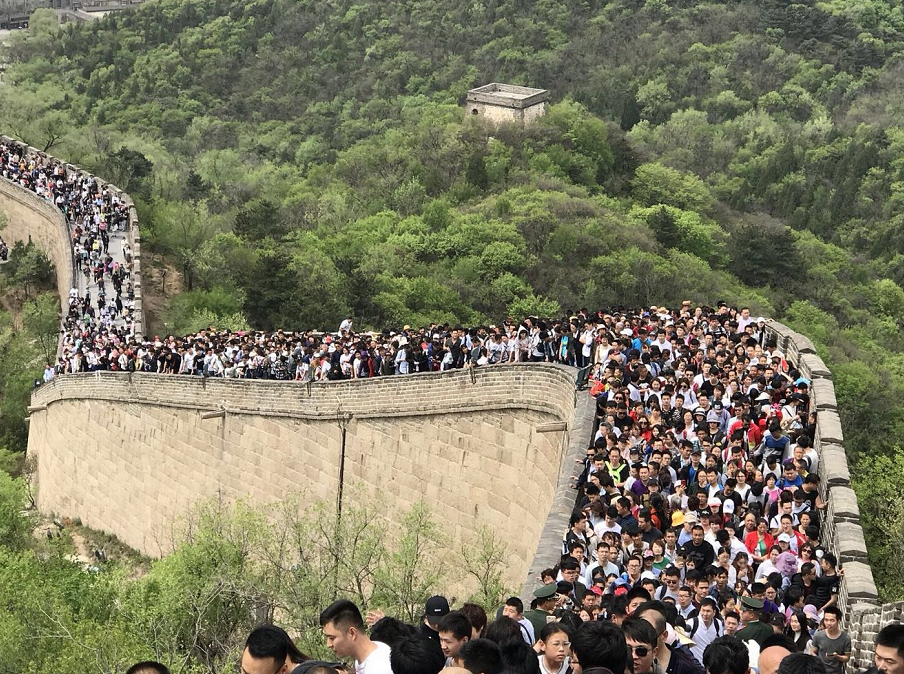 A large number of tourists visit the Great Wall on Monday, the second day of the May Day festival. (Photo: Xinhua)

The statistics from the Ministry of Culture and Tourism showed that the country's tourism industry received 87.16 billion yuan ($13.76 billion) in revenue during the three-day holiday, which is a 10.2 percent year-on-year increase.

China has, in total, received 147 million domestic tourists during the holiday, a growth of 9.3 percent from the previous year.