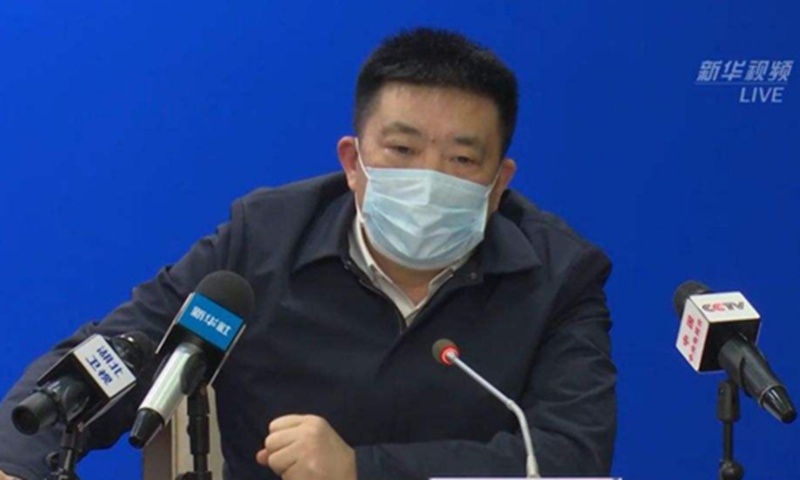 Zhou Xianwang, mayor of Wuhan, capital of Central China's Hubei Province, who sparked heated discussions about his readiness to resign in response to Chinese netizens' criticism about Wuhan city government's handling of the COVID-19 public health crisis and significant loopholes in local governance, has taken a new post in the provincial political advisory body, according to media report on Wednesday.

Information from the official WeChat account of the Hubei Provincial Committee of the Chinese People's Political Consultative Conference showed that Zhou is currently holding the position as a member of the Party Group of the provincial political advisory body.

Zhou's response to Chinese netizens' criticism about the significant loopholes in the city government's handling of the public health crisis and local governance stirred controversy four days after the start of the city's lockdown on January 23, 2020.

Zhou said that the lockdown in Wuhan, a city with a population of more than 10 million people, was a tough decision and a first of its kind in human history, during an exclusive interview with China Central Television on January 27, 2020.

Zhou also admitted that information was not disclosed in a timely manner at the preliminary stage of the epidemic outbreak and said that he and the city's Party chief were willing to resign if it helped contain the novel coronavirus.