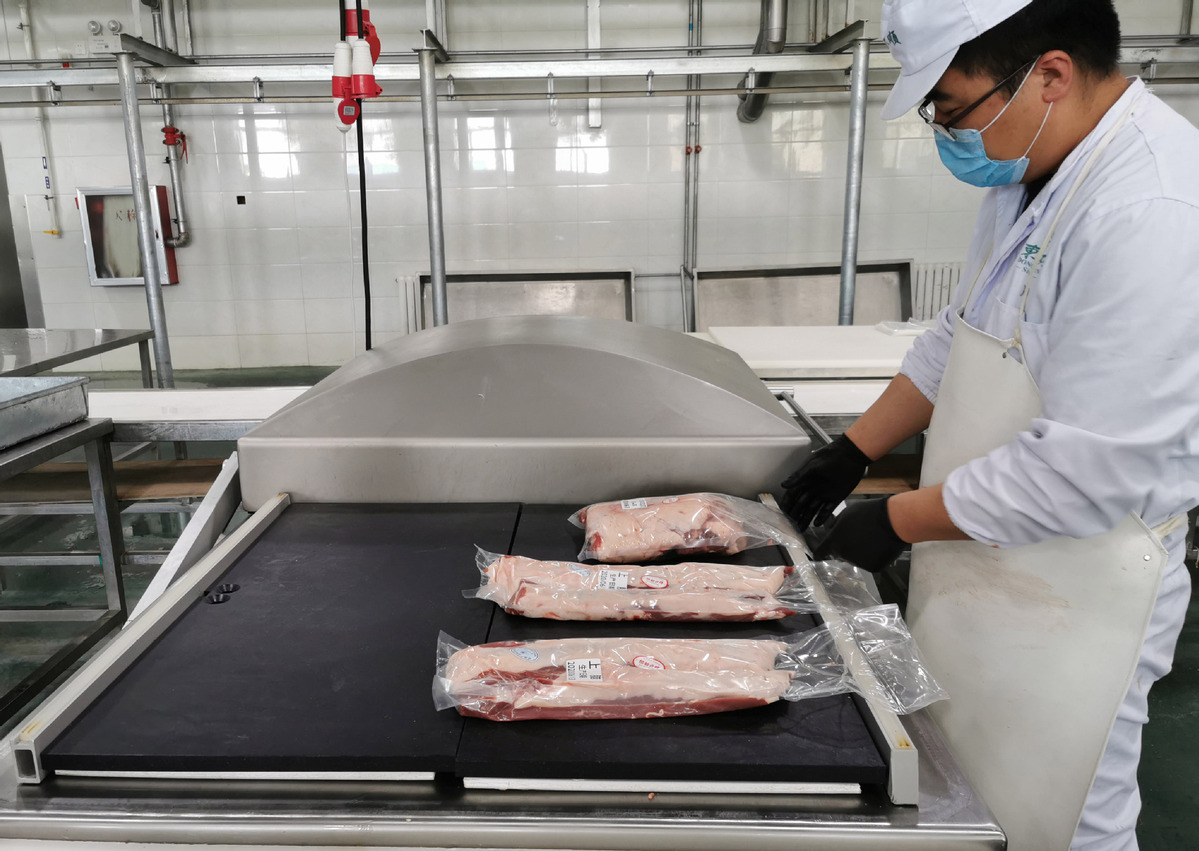 The National Health Commission has ordered meat processing plants in China to clearly identify the sources of their poultry and livestock meat and only accept imports that have obtained negative test results for the novel coronavirus.

Meat producers are also required to ramp up cleansing and disinfection of shipping vehicles, storage facilities, packaging and other equipment, the commission said in a guideline released on Thursday.

The heightened precautions are urged nationwide in response to the discovery that meat processing factories, which are often crowded, cool and enclosed, may pose a higher risk of spreading the virus, the commission said in a release explaining the guideline.

Recently, some meat processing plants in countries including Germany and the United Kingdom were stricken with new outbreaks, underscoring their susceptibility to infections, the commission said.

China has not reported widespread transmission of the virus in its poultry and livestock meat industry so far. To fend off the risk from overseas producers, the country has suspended meat imports from 23 foreign companies as of July 10, according to the General Administration of Customs.

"The new guideline was issued to enhance vigilance of domestic meat processing businesses and to improve their disease control capabilities," the National Health Commission added.

Meatpacking workers should stay at least 1 meter from each other on top of taking regular personal protective measures, including taking temperatures, wearing masks and washing hands frequently.

Facilities seeing confirmed infections will be shut down temporarily and workers identified as suspected cases or close contacts should undergo medical observations. Their workplaces or dormitories should also be locked down.

Feng Zijian, deputy director of the Chinese Center for Disease Control and Prevention, said in June that while any densely-populated space may trigger the spread of the virus, the damp and cold work environments at meatpacking factories raise the risk of exposure.

He added that close proximity of meatpacking workers means it is difficult to maintain a safe distance.