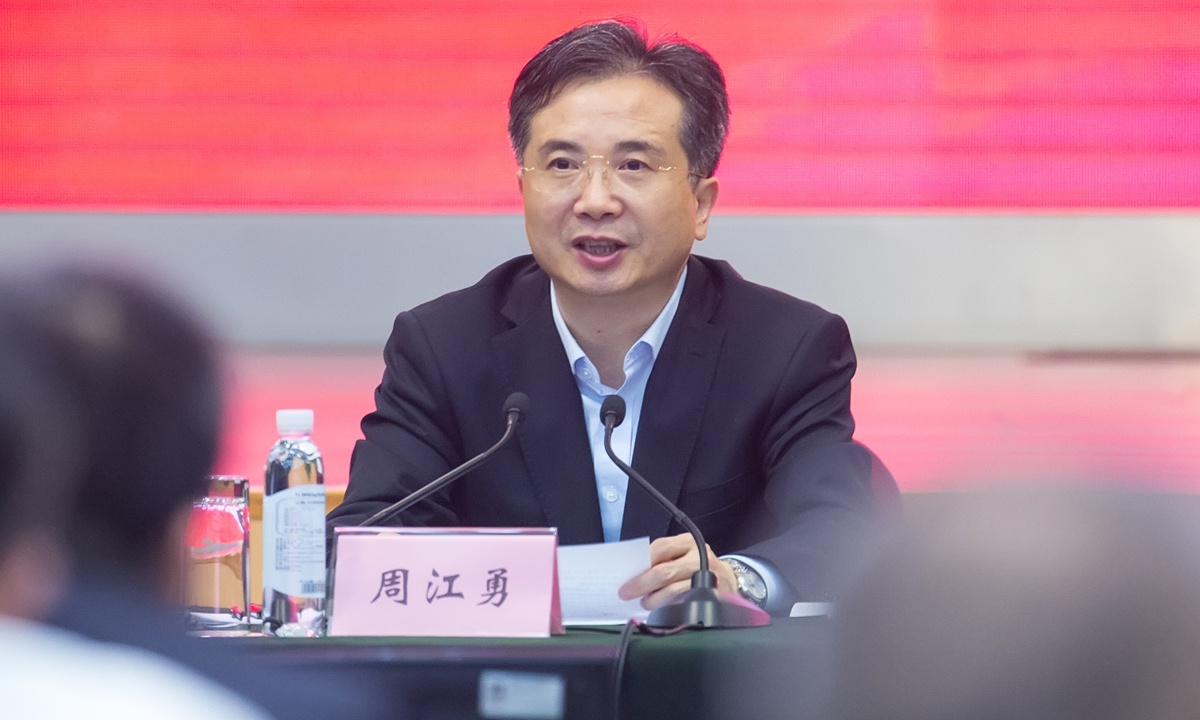 With the investigation into Zhou Jiangyong, Party chief of Hangzhou in East China's Zhejiang Province, underway, Chinese media have been looking into the business dealings and questionable economic activities of the fallen tiger's family and friends.

Zhou Jiangyong was put under investigation on suspicion of serious violations of laws and Party disciplines, casting a spotlight on the city that is home to billionaire Jack Ma's Ant Group and Alibaba Group Holding.

Zhou became Hangzhou's party chief in May 2018 and had previously served as Party chief of Zhoushan and Wenzhou.

Citing one of Zhou's distant relatives, the China Economic Weekly said in a report on Wednesday that many of Zhou Jiangyong's friends and family members had won project tenders in the areas that he administered.

The report came after Hangzhou anti-graft authorities announced on Monday that they had launched a special campaign to address problems in establishing close but clear relationship between the government and the business sector.

Zhou's wife, whose name was not mentioned in the China Economic Weekly report, served as a top supervisor in a rural commercial bank in Ningbo, where Zhou started his political career. The report cited an insider as saying that Zhou's wife rarely showed up for work but earned tens of millions of yuan each year.

Bank employees have been writing joint reporting letters to local authorities for a long time in a bid to shine a light on the issue. They used real names in their report when an inspection team dispatched by the central authority arrived in Zhejiang last October.

"Zhou was aware of this," the insider said.

According to the media report, Zhou Wenyong, who's close to Zhou Jiangyong, has equity shares in more than 13 enterprises, a majority of which are in Ningbo, in businesses ranging from mechatronics, energy and petrochemical to investment and management consulting. Some of them received extensive policy and financial support from the local government.

After the fall of Zhou Jiangyong, the Ant Group refuted online rumors that the investigated official had bought shares of the company before its IPO, saying in a Sunday statement that "the rumors about a certain person taking shares in the company is false, not to mention sudden share buying or refunds." Many have linked the rumors with Zhou.

After expanding the business of Youcheng Joint in Ningbo, Wenzhou and Xuzhou, Zhou Jianyong in 2019 set up a new technology company in Hangzhou with Hangzhou Metro Group and Shanghai Yun Xin Venture Capital Company.

"It is unimaginable for regular startup companies to work with giants like Hangzhou Metro Group and Ant Technology like what Zhou Jianyong and his Youcheng Joint did. At that time, Zhou Jiangyong had already been Party chief of Hangzhou for over a year," the China Economic Weekly report read.

The China Economic Weekly report also quoted sources as saying that Zhou Jianyong had been held by relevant authorities.