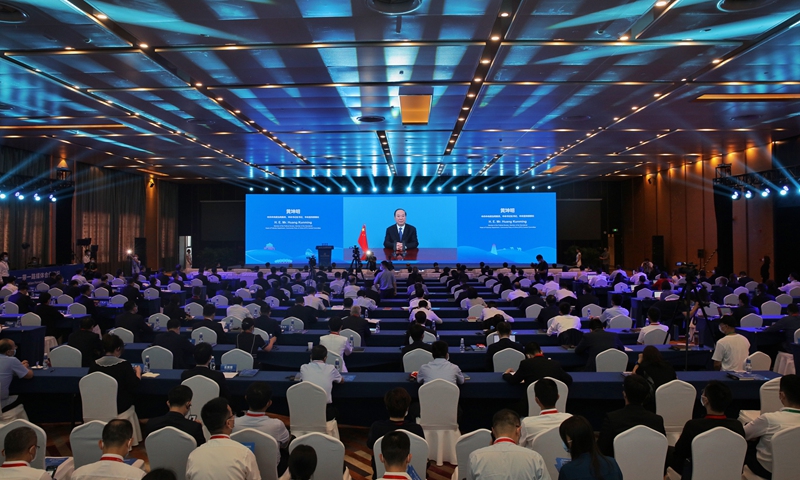 As the world is facing mounting uncertainty and instability, 120 media representatives from more than 40 countries and international organizations attended the semi-virtual 2022 Media Cooperation Forum on Belt and Road on Tuesday in Xi’an, Northwest China’s Shaanxi Province, to discuss media’s role in enhancing cooperation and development through the vehicle of China-proposed Belt and Road Initiative (BRI) to battle hegemony and confrontational mind-set.

Multiple representatives share the consensus that BRI played an important role in connecting different countries and regions and facilitating them to jointly cope with global challenges including the climate change and political instabilities.

Huang expressed the hope that media can inherit and carry forward the Silk Road spirit, actively spread the ideas of equality, mutual learning, dialogue and inclusiveness, and tell vivid stories about jointly building this road of peace, prosperity, openness, greenness, innovation and civilization.

The forum was co-hosted by the People’s Daily and the Communist Party of China (CPC) Shaanxi Provincial Committee and Shaanxi Provincial Government. Shaanxi is a key region for both the ancient Silk Road and the BRI, and its provincial capital Xi’an, was an ancient imperial capital and eastern departure point of the Silk Road.

Daba proposed the continent should cooperate with other regions and tackle the challenges brought from climate change and realize the development goals that it has, as no place can face global challenges alone.

Media is the vehicle to dissolve misunderstandings and promote equality, cooperation, and it also offers the platform for displaying rich fruits of cooperation to battle the mind-set of confrontation and hegemony, several attendees noted.

Several guest speakers, including Makhdoom Babar, President and Editor-in-Chief of Pakistan’s the Daily Mail, mentioned US and Western’s sanctions on Xinjiang products, particularly cotton and photovoltaics. Such sanctions were blatant violation of the right to development of not only Xinjiang residents, but also all people who are impacted by a disturbed global supply chain.

Representatives urged fairer global governance and louder voices for developing countries amid global challenges brought about by the COVID-19 pandemic, the geopolitical crisis including the Russia-Ukraine conflicts and the climate change.

The Tuesday forum is the sixth of its kind, which offers a key platform for international media organizations to actively discuss topics on communication, mutual trust and consolidating consensus.

Before the forum, Chinese and foreign media representatives formed four groups and visited different cities across Shaanxi to observe regional progress made on digital economy, technological innovation, environmental and ecological protection, culture-featured tourism and many other fields.