Shanghai's Ai'er Eye Hospital's has set up a branch in Jiading District. It carried out free consultations over the weekend offering health check-ups and education for eye disease prevention and control among local residents, as well as people from the Yangtze River Delta region. 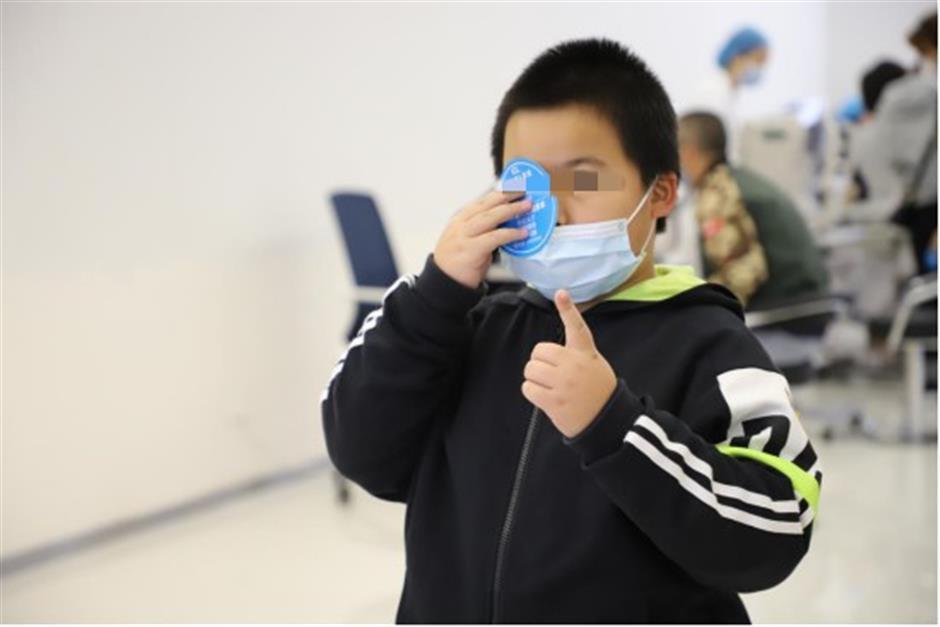 A boy undergoes an eye check in Jiading District over the weekend.

Doctors said child and youth myopia was of most concern among those who attended. The rate of myopia among primary and middle school students in Jiading is 52.5 percent. The district authority plans to reduce the rate by 0.5 percent annually through early intervention and treatment.

Due to long-term screen exposure during this year’s novel coronavirus epidemic, a study covering 14,532 students in nine provinces, conducted by the Ministry of Education, found the rate of myopia had increased by 11.7 percent within the past six months, compared with the end of 2019. 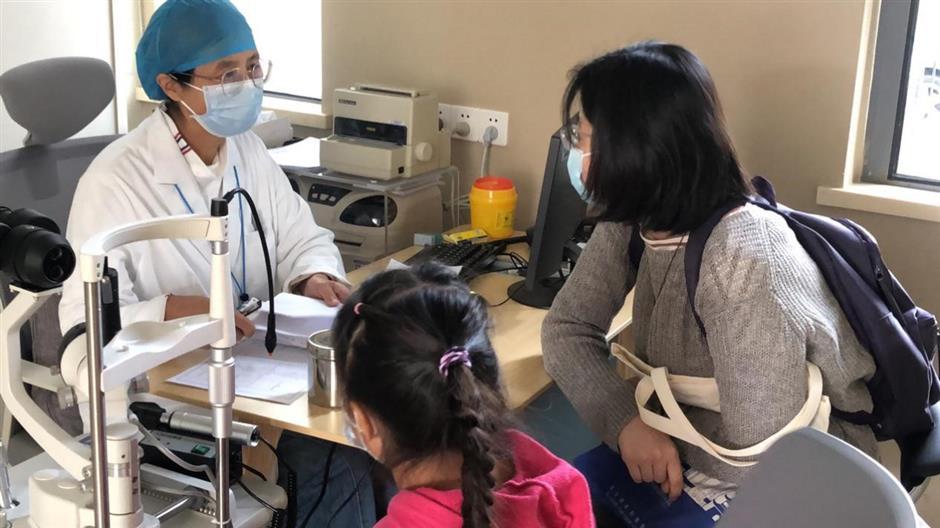 A woman takes her daughter for an eye check. 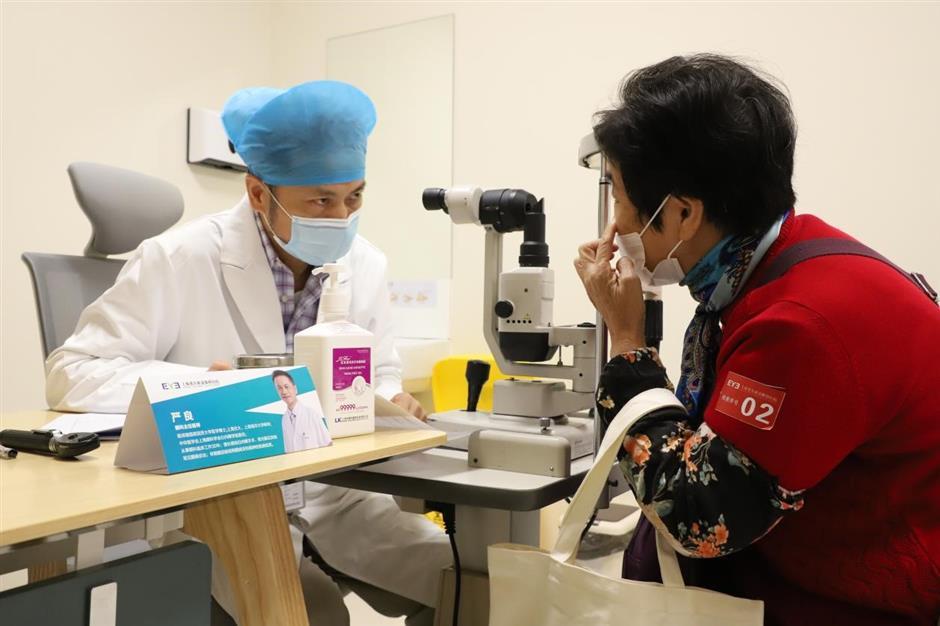 An elderly woman asks about cataracts.