To coordinate the work of different groups of medical assistance teams arriving in Wuhan to help battle the COVID-19 epidemic, the National Health Commission required the setup of temporary medical administration units at local hospitals, a medical aid worker said on Monday. 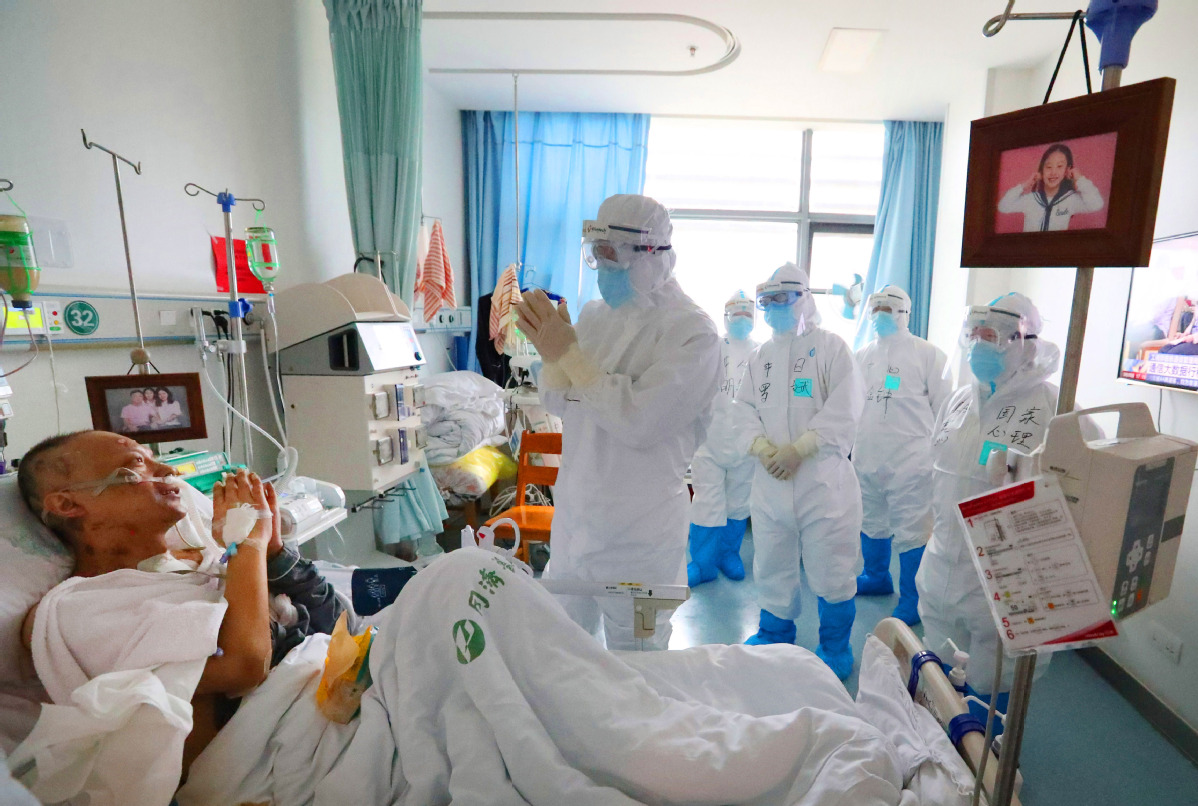 Through such temporary units, regular symposiums gathering medical experts belonging to various groups were held to discuss the treatment of severe cases and share their latest experiences while they were fighting against the disease in the city, according to Qian Zhaoxin, who headed a medical assistance team dispatched by Xiangya Hospital of Central South University in Changsha, Central China's Hunan province.

"The goal was to consolidate insights of all medical experts coming to Wuhan and devote collective efforts to save lives," he said.

In Wuhan, the hardest-hit city on the Chinese mainland, Qian worked at the western branch of Tongji Medical College's Union Hospital, a designated hospital for treating severe patients. During the peak of the epidemic, as many as 23 medical assistance teams from across China were working there at the same time.

Given a large number of medical aid workers, Qian said it was challenging to ensure the consistency of medical procedures and to guarantee that each patient could access standard and optimal therapies.

"Also, the virus that causes COVID-19 is a brand new one, so it was important for different medical teams to communicate and cooperate closely to facilitate prompt sharing of the latest findings," he added.

As the liaison of the temporary unit set up at Tongji Hospital, Qian helped divide the expansive hospital area into five zones.

"Each zone held regular symposiums once a week and would hand in its toughest cases or successful lessons to hospital-level administrators for wider discussion and sharing," Qian said.

Each symposium took at least 90 minutes. A total of 151 severe cases were deliberated during such symposiums and benefited from outcomes, Qian added.