Medical team gets heroes' welcome on return to Beijing from Hubei

A flight carrying the Beijing medical aid team to Hubei arrived at Beijing Capital International Airport at 2:40 pm on Tuesday. The airport greeted the returning heroes by spraying their plane with the "Gate of Water", the highest courtesy in civil aviation. 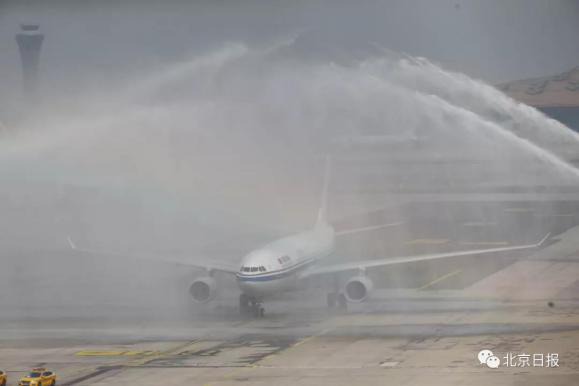 The medical workers walked down the ramp with flowers and national flags in their hands. Representatives of medical staff and airport staff as well as family members of the medical workers were waiting for them. Banners with warm words welcome them back home. 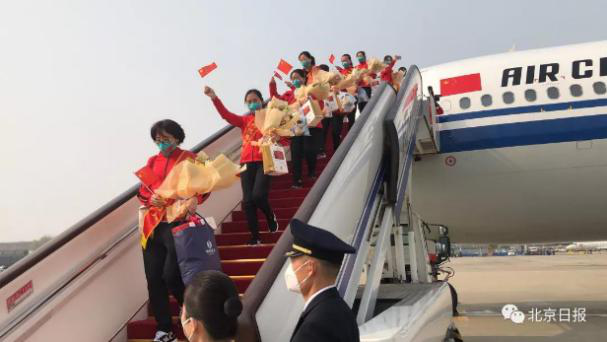 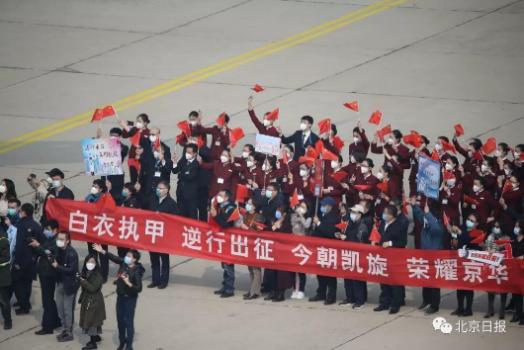 In the morning, before departing Wuhan, the medical team waved national flags and sang the famous song “Ode to the Motherland” in front of their hotel. They shouted “Go Wuhan! Go China!" to express their encouragement and good wishes. Seeing so many citizens coming to see them off, the medical workers burst into tears.

Ms. Liu, a 41-year-old recovered patient, came to see off the medical workers. She recorded the scene with her phone, and said she will show the video to her baby to show who had saved their lives. Ms. Liu tested positive for the novel coronavirus just after she gave birth to her baby. Thanks to the treatment of Beijing medical team, Ms. Liu recovered and was discharged from the hospital on March 14. She felt very grateful to the doctors and nurses. 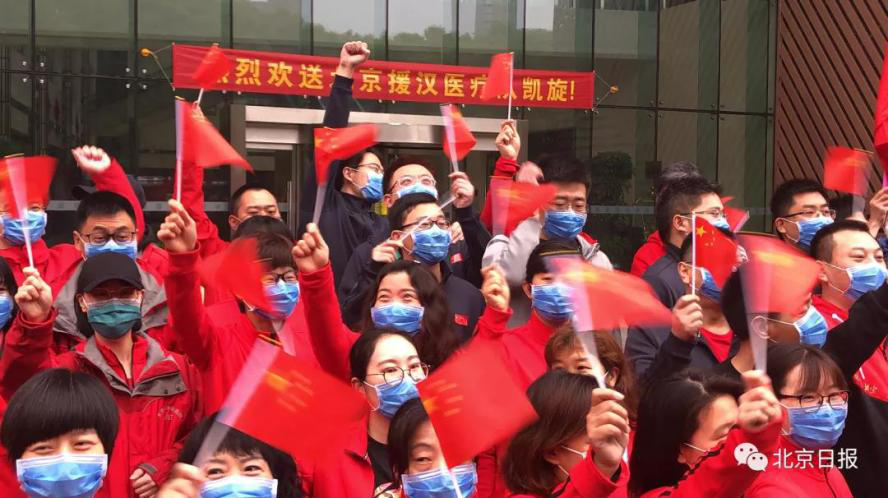 Police cars clear the way for the bus, and citizens watched them leaving

At 10:30 am, the medical team set out for the airport. Local police cars were dispatched to clear the way for the bus while citizens stood alongside the roads, holding flowers and balloons to see them off. Other drivers on the road also blared horns to express gratitude to the medics. 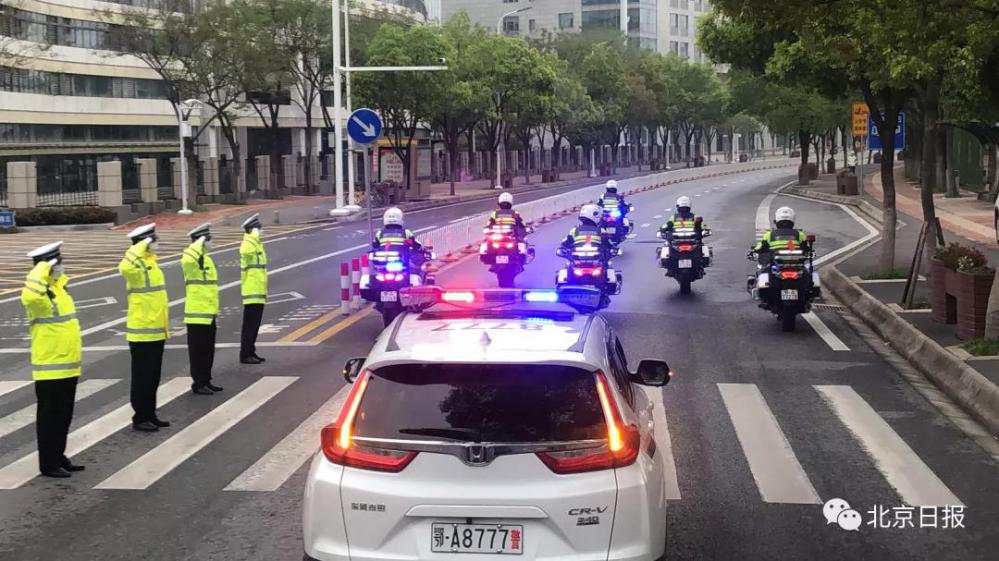 Before boarding the plane, 138 members of the team all received a special boarding pass. On the surface was written: "You are so beautiful in the fight against the virus. Welcome back our heroes. Thank you so much." On the back of the boarding pass was a picture of the medical workers, with iconic buildings like the Yellow Crane Tower in the background. There was also a QR code in the form of a heart. Scanning it shows  the unforgettable moments of the medical team in Wuhan. Many medical workers highly praised such a heartfelt design. 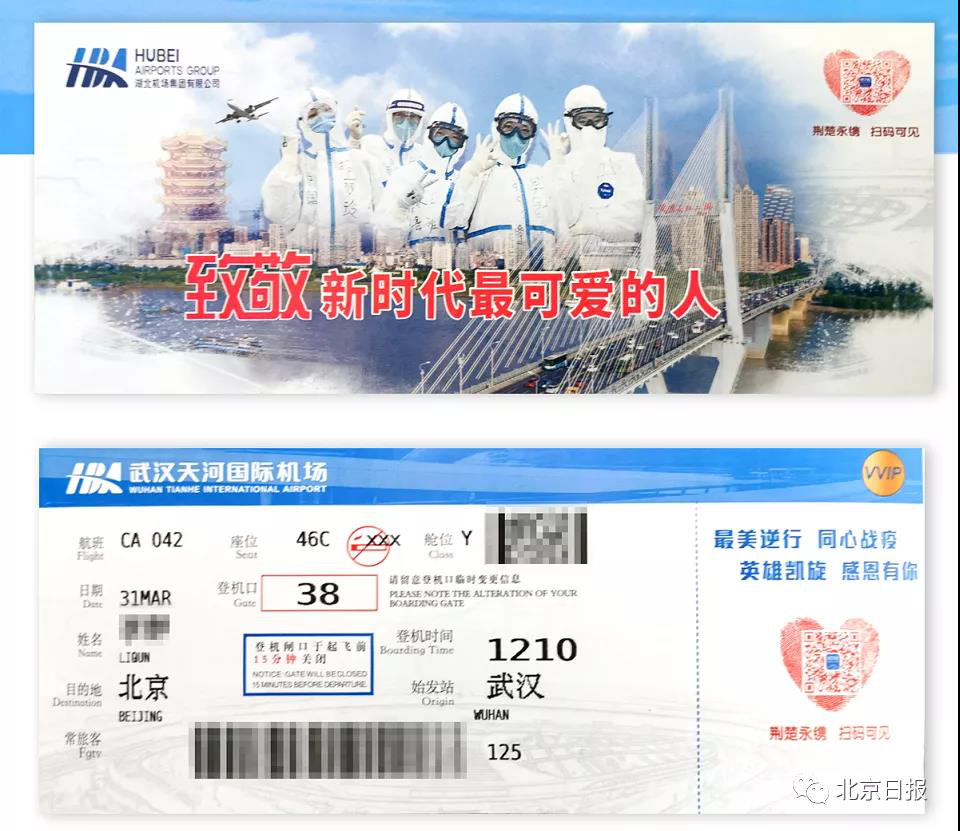 At about noon, the Beijing medical team began to board the plane. In the cabin, the flight attendant Yuan Yang saw the medical staff sit down one by one, and her eyes burst into tears. She said excitedly, "I'm so happy to see you come back safely. I really envied my colleagues when they had the opportunity to accompany you to Wuhan two months ago. Now, it's my honor to accompany you home, and be with you fighting the virus." 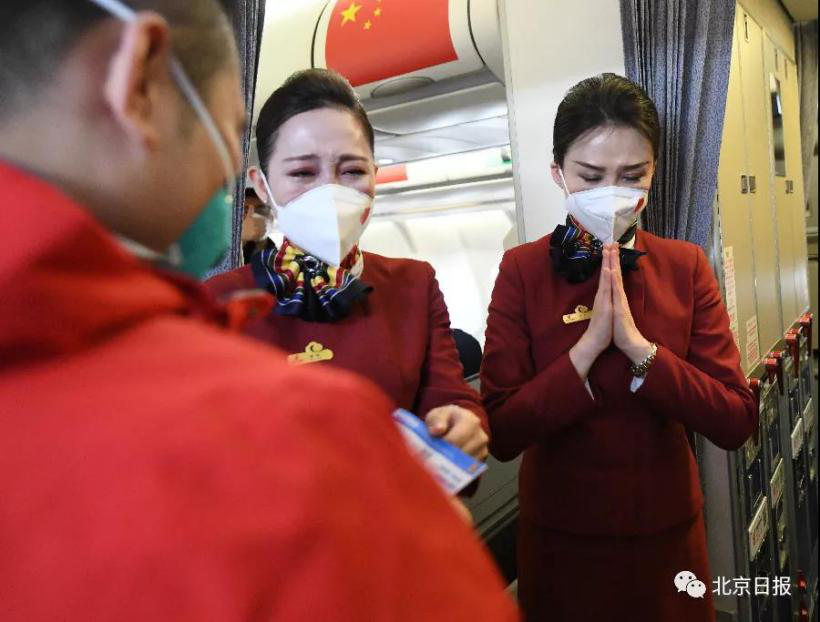 On January 27, a 136-member medical team was rallied in Beijing within three hours, then dispatched to Wuhan, Hubei Province, to help fight the COVID-19. 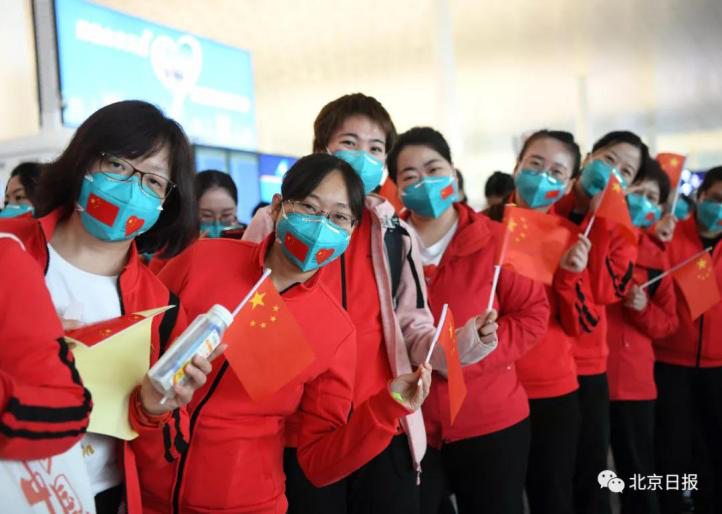 On March 31, after completing the 65-day-mission, the Beijing medical team completed their task successfully, and returned to Beijing.