Medical worker who fell ill upholds oath to help others

In the past 30 days, Wu Fen has been a medical worker, a patient and a rescuer. 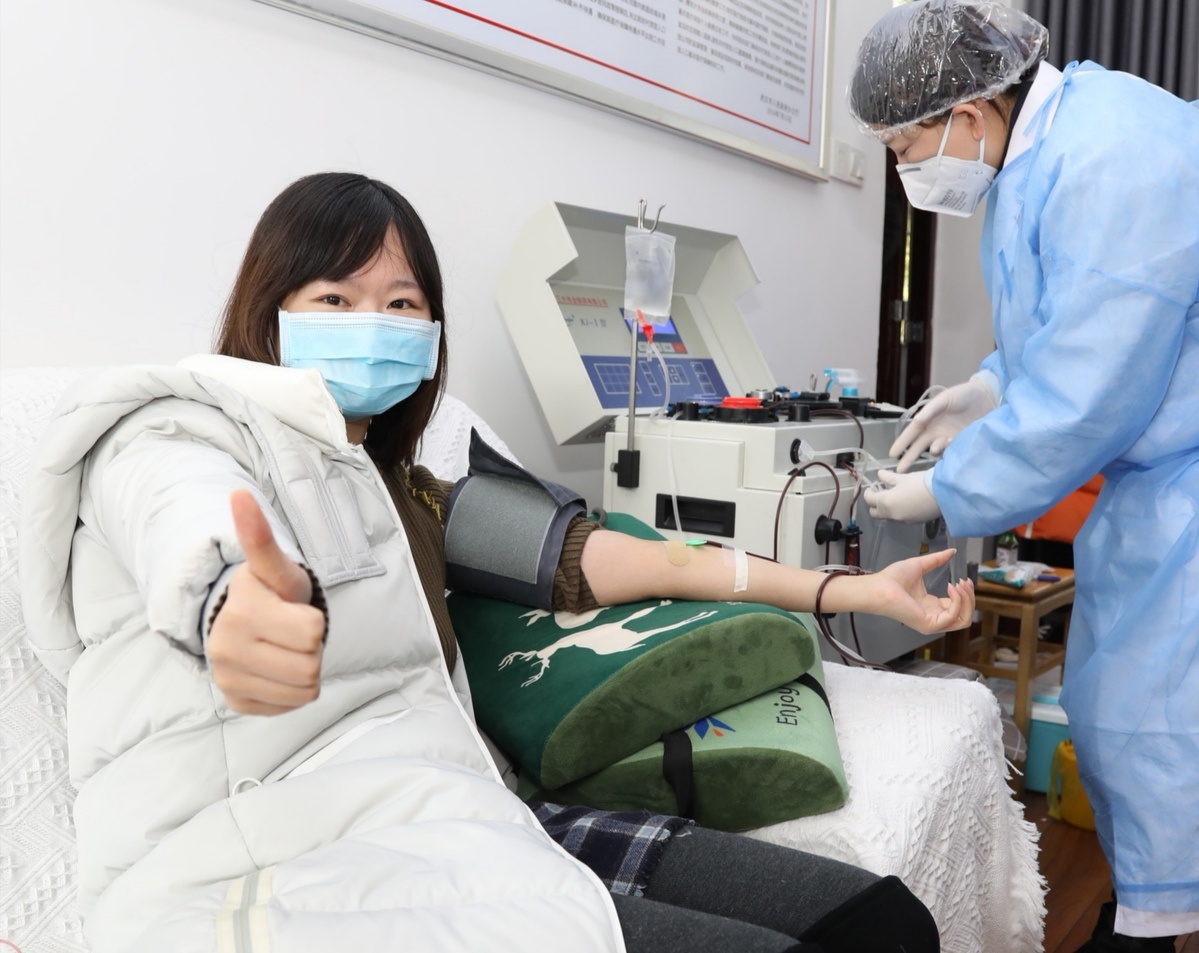 The 30-year-old Wu, who does administrative work at the Chinese Medicine Hospital of Jiangxia District in Wuhan, is the first woman to donate blood plasma right after recovery from infection with the novel coronavirus.

"I don't dare say that I'm an example. I'm medical staff and I have recovered from the novel coronavirus. Health entrusted and lives confided," she said, citing the Chinese medical oath.

At the end of last year, she suddenly fell ill.

"I was sweating all night, just like taking a shower. I couldn't stand up the next day," she recalled. She took time off to rest at home but began coughing.

On Jan 17, it was confirmed that she was infected with the novel coronavirus.

Eight of Wu's colleagues at the Jiangxia TCM hospital, one of the biggest hospitals in the district, were also infected.

"We do not know when and how we got infected as nobody knew about the virus at the beginning and we took no preventive measures," she said.

Due to her young age and strong resilience, Wu recovered and returned home on Feb 3 after 17 days of treatment.

As she began her 14-day isolation at home, Wu learned that the plasma from recovered patients could help critically ill patients.

"I saw the deaths of other patients at the hospital. It made me very sad," she said. "Plasma therapy was so exciting for me because I thought I might be able to do something for them. So I volunteered to make a donation without hesitation."

On Feb 5, less than 48 hours after leaving the hospital, Wu returned to donate her blood. She also forced herself to eat more than usual for strength before the donation.

Giving blood is not easy for Wu because it usually makes her feel dizzy. To counter this, she stared at the needle inserted into the tiny blue vein of her left hand.

"I was thinking that such a thick needle could be used as a skewer for BBQ," Wu joked.

Wu Xiao, a staff from the plasma collection and therapy project, said he was very impressed with her.

"I have never seen a brave person like her," he said. "I can see she was a little upset, but she told me that she wanted to donate as much as she could to save more people."

Relying on her tenacious belief in helping others, Wu Fen overcame the dizziness and donated 300 milliliters of plasma successfully.

Feb 19 was the first day Wu was allowed to leave her home after 14 days of isolation. She went back to work and teamed with other medical staff to provide psychological counseling for patients at Jiangxia makeshift hospital.

"Because I have been infected with the virus and have recovered, I can share my experience of fighting against it with others who may be depressed about it," Wu said.