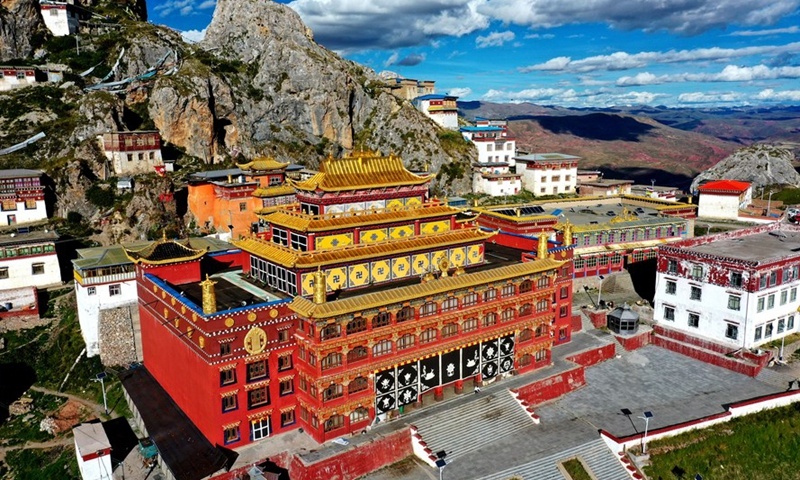 US' new Tibet coordinator's meeting with the "president" of the "Tibetan government-in-exile" has sent strong wrong signals to Tibetan secessionists, and the US should stop providing any support for anti-China separatist activities, the Chinese Foreign Ministry said on Tuesday, noting that China will take all necessary measures to safeguard its interests.

The meeting has seriously violated the commitment, policy and position of the US not to support "Tibetan independence" and not to recognize the "Tibetan government-in-exile," Zhao Lijian, spokesperson of the Chinese Foreign Ministry, said at a  press conference.

The "Tibetan government-in-exile" is a separatist political organization seeking to achieve "Tibetan independence." It completely violates the Constitution and laws of China and is not recognized by any country in the world, Zhao said.

The US announced the appointment of Robert Destro, assistant secretary of state for democracy, human rights and labor, as the Special Coordinator for Tibetan Issues last week.

The appointment by the US side is pure political manipulation aimed at interfering in China's internal affairs and undermining the development and stability of Tibet, Zhao said, noting that China has lodged solemn representations to the US over the matter.