Chinese President Xi Jinping said Thursday that China has accomplished its poverty alleviation target of the new era as scheduled and achieved a significant victory that impresses the world.

He made the remarks while presiding over a meeting of the Standing Committee of the Political Bureau of the CPC Central Committee.

The meeting said China still faces acute problems of unbalanced and inadequate development. It called for efforts to: 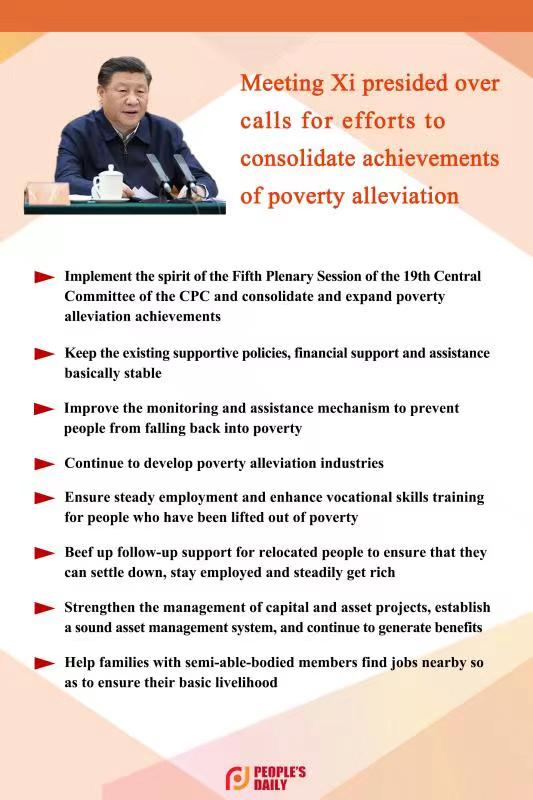