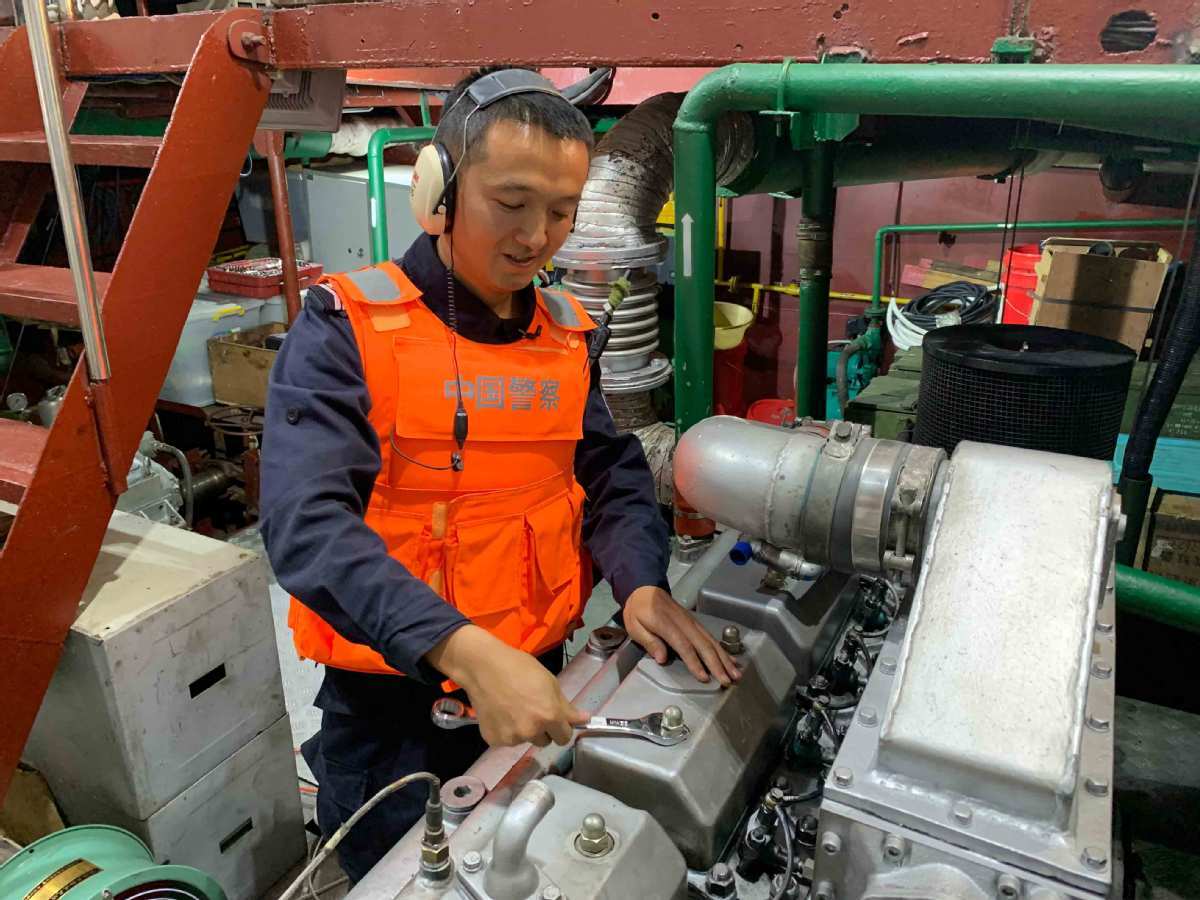 Wang Dong does maintenance work on a machine onboard. (Photos: China Daily)

I was born in Nanchong in the east of Sichuan province in 1986. When I was young, I thought it was cool to be a soldier, so I joined the People's Armed Police Force at age 18.

As a teenager, I was fascinated by machinery and was always dismantling and assembling simple devices. So, when I was offered the chance to attend a military academy to study mechanical and electrical engineering, I agreed and passed the entrance exam easily.

After two years, I graduated from the academy and was dispatched to the vehicle repair unit of the border defense force in Yunnan. I spent eight years in the unit, and grasped the principles of vehicle maintenance and repair so well that I could identify problems just by listening to a faulty vehicle.

In August 2016, I was transferred to the border patrol. Some of the senior officers told me that I might have to take part in the joint patrols on the Mekong River. I realized that they wanted me there because of my engineering background, so I prepared by reading books about ship repairs and maintenance.

However, when I was on board and started a five-day patrol on the river, I found it hard to put the things I had learned into use because whenever there was a technical malfunction on the ship, it always seemed to happen in unexpected situations that required experience more than technical knowledge.

On a joint patrol a few years ago, our ship stopped moving during a night crossing of the China-Laos border. I thought the cause could be an engine problem or a technical error, but after checking for a few hours, I could not find any faults. We had to wait for help.

The next morning, a ship came to help us, and as we were towed free we discovered that our ship had simply been wedged between submerged rocks. It was then that I realized why my captain said that the best compliment for a technician is to be called "professional" and "experienced".

I think I am close to earning that kind of compliment, having taken part in many patrols and solved different problems. But now, I would rather be a qualified father as I am too busy to be with my two children and can only spend one month a year with them.

The four-country initiative was established after 13 Chinese sailors were murdered in 2011. Aybek Askhar reports. 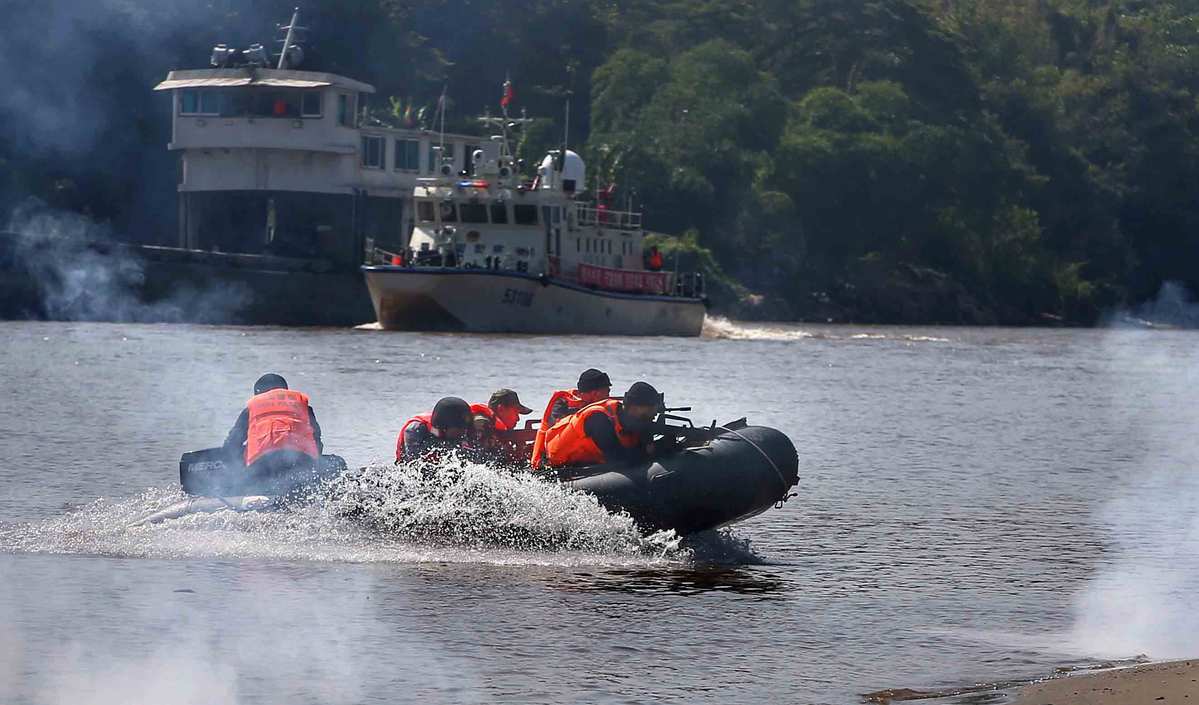 A joint drill is conducted by border police forces from China, Laos, Thailand and Myanmar on the Mekong River in November.

In November 2011, China, Laos, Thailand and Myanmar agreed to set up a joint command of armed police forces to escort commercial vessels on the Mekong River.

The decision was made in response to the murders of 13 Chinese sailors on two cargo vessels on the Thai section of the river on Oct 5,2011.

The Mekong, known as the Lancang River in China, is a vital waterway for cross-border shipping between China, Laos, Myanmar, Thailand, Cambodia and Vietnam, and is playing a growing role in regional trade. In recent years, China and other countries along the river have committed to regional integration and development.

The 2011 attack prompted the plan to conduct joint law enforcement along the Mekong that the four nations had been mulling for years. An agreement was reached in Beijing on Oct 31, 2011, which paved the way for deepening transnational cooperation in policing the river.

Under the framework, the quartet jointly patrols the China-Laos section of the river around the clock, supplying escorts for commercial vessels and combating cross-border crime. The patrols safeguard the 70 million people living in the river basin and international commercial vessels traveling along the river.

The enhanced efforts will help deter various criminal groups operating along the river, especially in the so-called Golden Triangle, a notorious haven for drug traffickers, pirates and gangsters, who pose a growing threat to human life and property.

By the end of November, 88 patrols had been undertaken successfully.