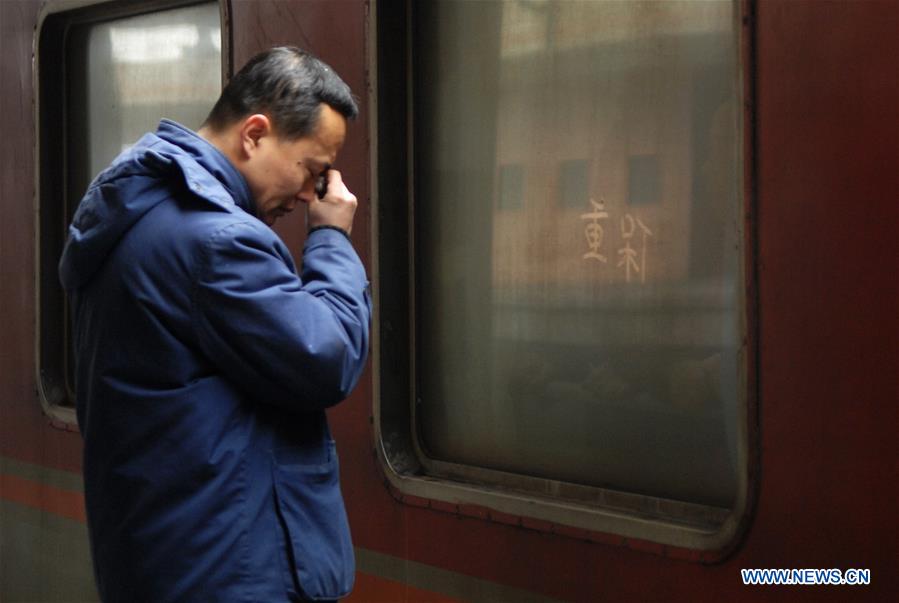 File photo taken on Jan 18, 2011 shows a man crying after noticing the words "take care" written on the train window by his parents as he saw them off at a train station in Ningbo, East China's Zhejiang province. [Photo/Xinhua] 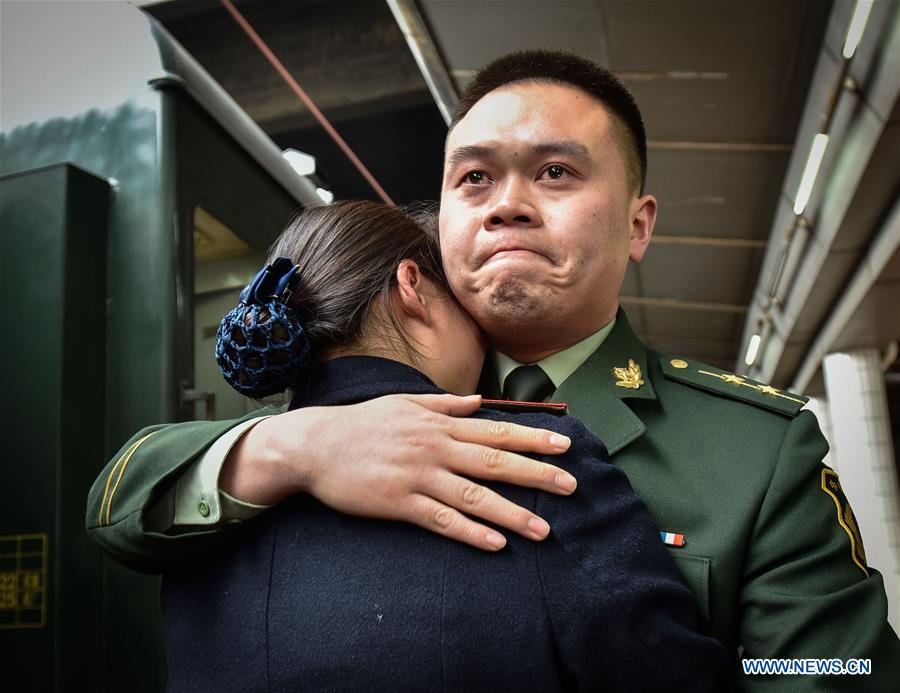 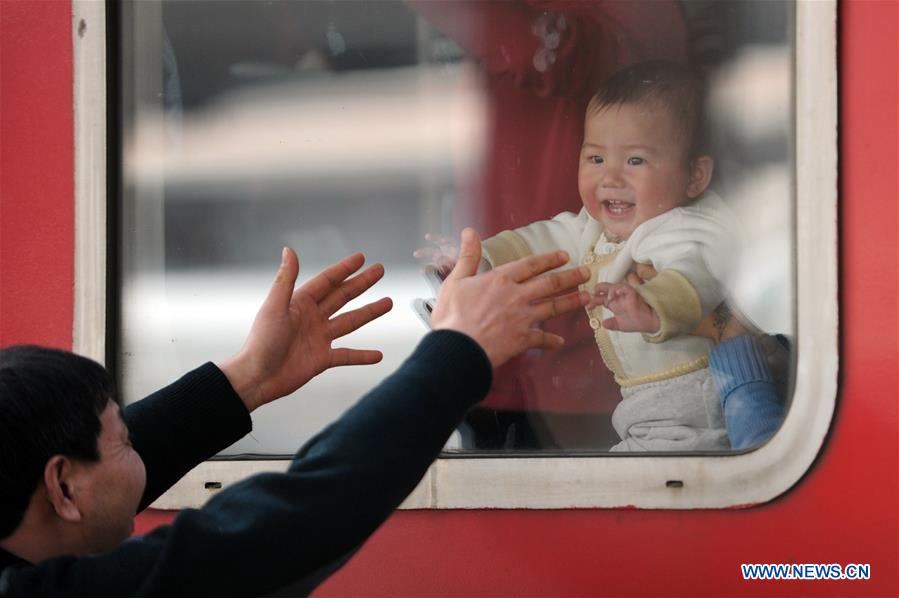 File photo taken on Jan 26, 2013 shows a man making a hugging gesture to his grandson from outside the train window at the railway station in Hangzhou, East China's Zhejiang province. [Photo/Xinhua] 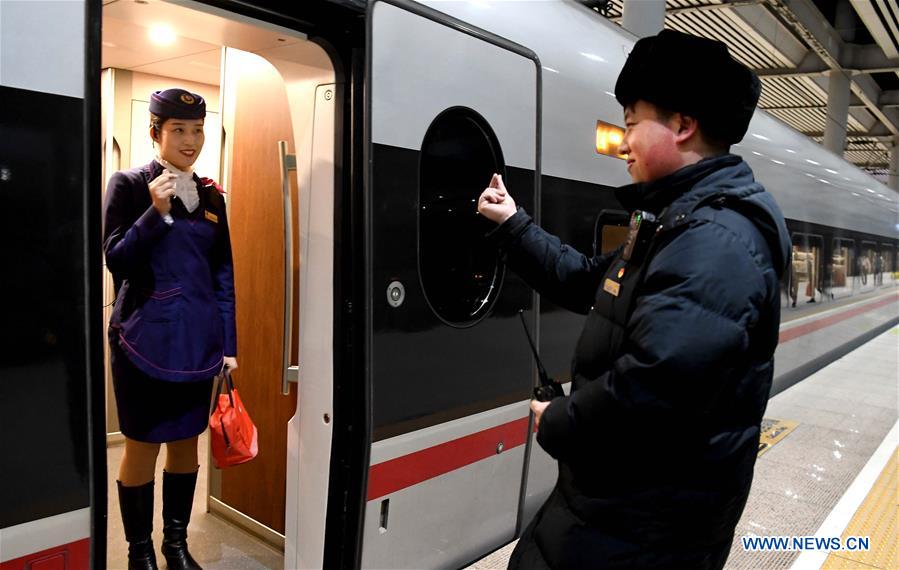 Li Xiang and his wife, Zou Xiaojuan who works on the train No G402, pose a gesture symbolizing 'love' to each other before the train departs at Xinxiangdong Railway Station in Xinxiang City, Central China's Henan province, Jan 22, 2019. Platforms, witnessing memorable moments of joy and sadness, are the epitome of each year's Spring Festival travel rush, during which hundreds of millions of Chinese go back to their hometowns for family gatherings. [Photo/Xinhua] Dong Chenggui and his wife take their granddaughter to board the train at Hanzhong Railway Station in Hanzhong, Northwest China's Shaanxi province, Jan 21, 2019. [Photo/Xinhua]