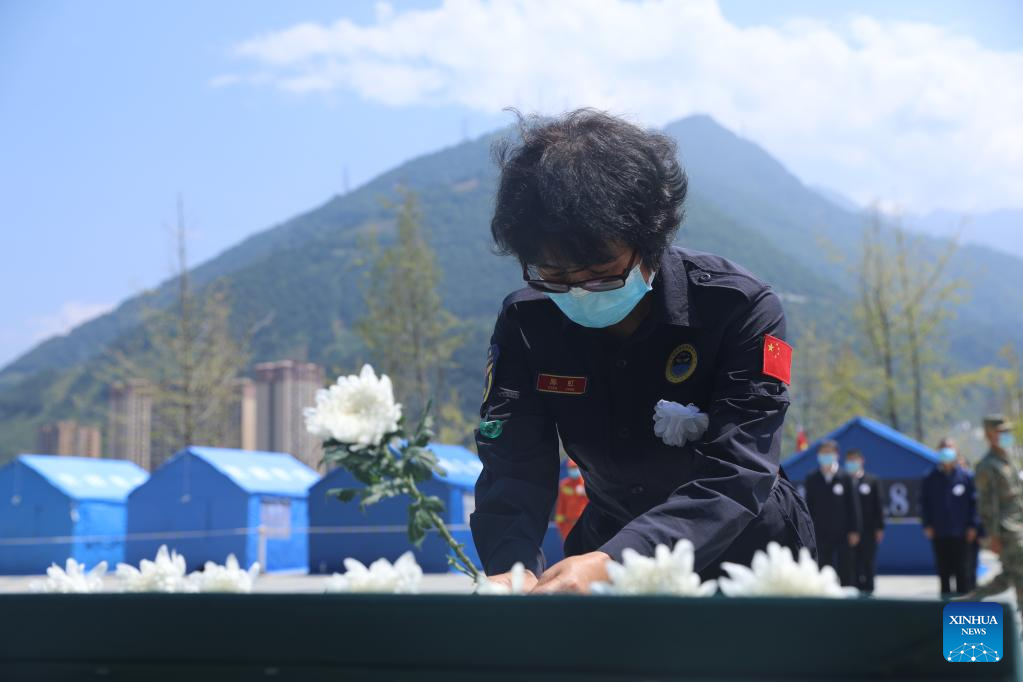 A rescue worker lays a flower to mourn for the victims of the earthquake during a memorial service in Shimian County of Ya'an City, southwest China's Sichuan Province, Sept. 12, 2022. (Photo: Xinhua)

Services were simultaneously held in Moxi Township in Luding County, the quake's epicenter, and the hard-hit Shimian County in the city of Ya'an. Participants in the services included officials from the central and local governments, rescuers, medical staff, volunteers and local residents.

As of 5 p.m. Sunday, a total of 93 people had died and 25 remained missing, after the earthquake struck Luding County and neighboring areas, local authorities said Monday.

According to the rescue headquarters, 55 of the fatalities occurred in Ganzi Tibetan Autonomous Prefecture, where Luding is located, while 38 deaths were reported in the city of Ya'an.

Li Yuru, a volunteer from Moxi Township, participated in the service. "I was heavy-hearted to see the damage from the earthquake in my hometown. As a young volunteer, I want to help the people resume their normal lives, and to actively participate in the reconstruction of my hometown," she said.