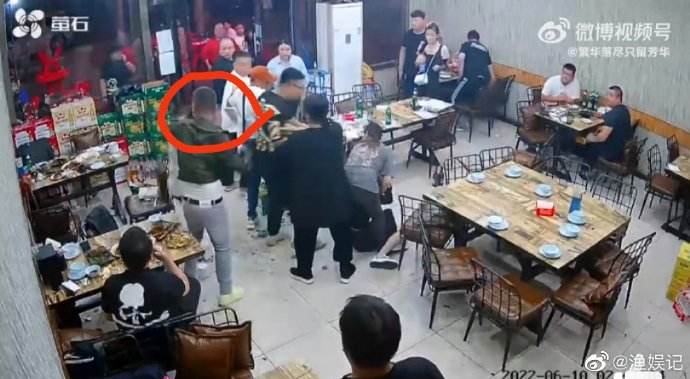 The men who brutally beat four women at a barbecue restaurant in Tangshan, Hebei province, were sentenced to imprisonment, a court in the province's Langfang city announced on Friday.

Chen Jizhi, the main culprit behind the beating in June, was sentenced to 24 years in prison and fined 320,000 yuan ($45,000) for multiple crimes, according to a verdict by the People's Court of Guangyang District in Langfang.

Another 27 defendants related to this and other cases were sentenced to periods of time ranging from six months to 11 years, the court said.

Six of the defendants, including Chen, were ordered to compensate four victims in the case, including their medical fees and transport costs.

The four victims, all females, were dining at the restaurant in Tangshan's Lubei district at around 2 am on June 10. During the meal, one of them, surnamed Wang, was harassed by Chen and was beaten by him and others after she refused his advances and rebuked him, the court said.

Her companions were also beaten after they tried to help her. They were struck with chairs and beer bottles, and punched and kicked by the men, the court said. One of the victims was warned not to call police.

The four victims suffered mild injuries from the beating.

Eight of the defendants were identified as an organized group that had committed multiple crimes and illegal actions in Tangshan and other places since 2012.

They had disrupted social and economic order and caused bad social impact, the court said.

All the defendants were prosecuted on Aug 26 by the People's Procuratorate of Guangyang District. The trial started on Sept 13 and lasted three days. All the victims said that they would not appear in court.

According to Shi Guizhong, deputy head of the Department of Public Security of Hebei, the case was transferred at the very beginning to public security organs in Langfang to avoid possible interference from local authorities in Tangshan and ensure strict and fair law enforcement.