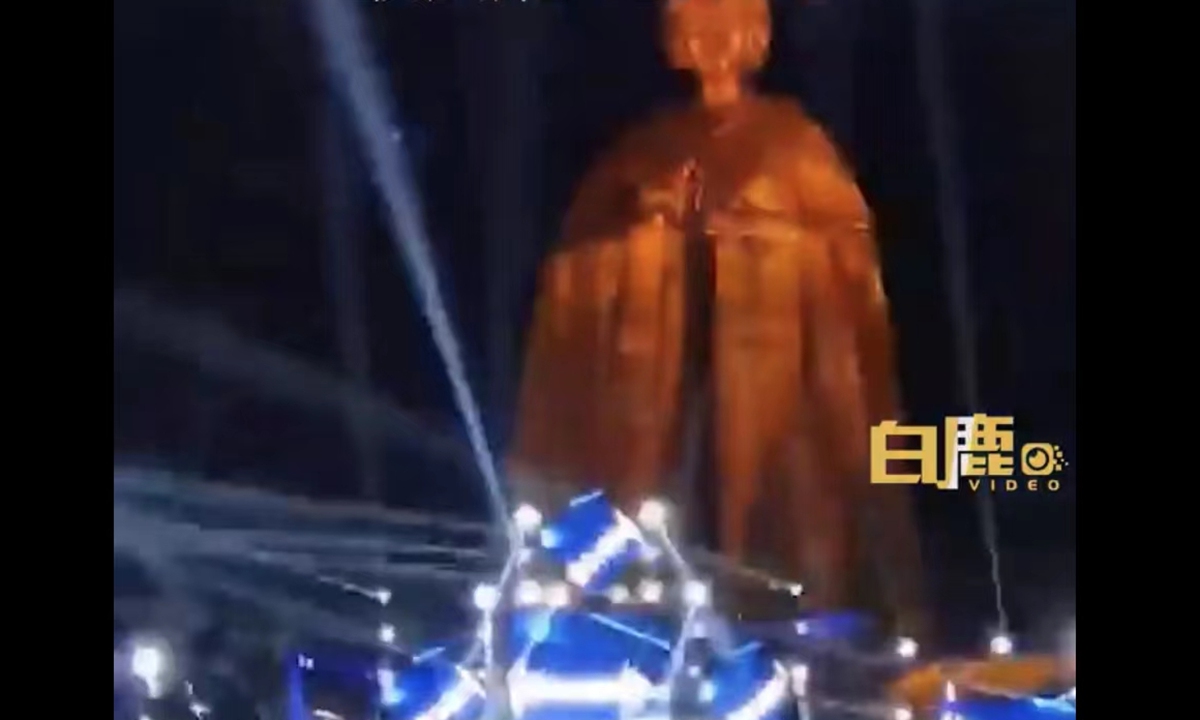 A summer music festival is underway in the city of Jinzhong in Shanxi province in northern China, and the chosen venue was the Mengmu Cultural Park, with the stage set up right underneath the Mengmu statue. （Photo: Bailu Video）

Mencius' mother is a very famous female figure in Chinese history, known as an exemplary mother for moving three times for her child's education. However, she may now need to move a "fourth time," because of an ongoing electric music festival, joked netizens.

Recently, a summer music festival was underway in the city of Jinzhong in Shanxi province in northern China, and the chosen venue is in a cultural park in commermorate of Mencius' mother, with the stage set up right underneath the statue of her.

The video circulating online shows that when night falls, multiple beams of light hit the statue of Mencius' mother and many people were danced to the music.

This electric music festival has been approved by local government to go on for seven days, starting at 6:30 pm and ending at 11 pm every night, said the staff of this cultural park.

However, there are still netizens who think it seems inappropriate to hold an electric music festival in front of the figure of Mencius's mother, who is said to have valued tranquility and concentration. They jokingly say that she is already planning a fourth move.

In a historical allusion passed down in China, Mencius's mother moved houses three times before finding a location that she felt was suitable for the child's upbringing. as an expression , the idiom "Mencius' mother moves three times" refers to the importance of finding the proper environment for raising children.

At the same time, some users believe that modern entertainment should not be limited by some historical views. "I think this festival looks extra cool in front of Mencius's mother's statue," a netizen wrote on China's Twitter-like platform Sina Weibo.