The case of Huawei Chief Financial Officer Meng Wanzhou is definitely not a simple judicial case, but with strong political attempts and manipulation behind it, a Chinese Foreign Ministry spokesperson said during a regular press conference on Monday. 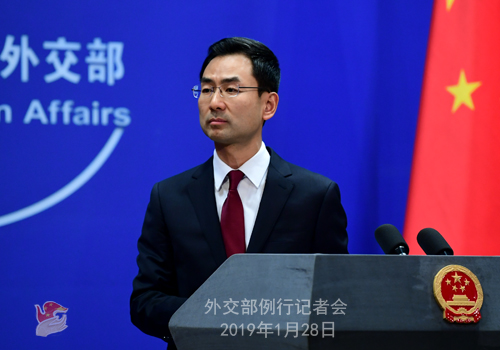 Canada's ambassador to China John McCalluman’s resignation is an internal Canadian affair, and China will not comment on it, Geng said.

Cover image: Huawei Chief Financial Officer Meng Wanzhou talks with a member of her private security after they went into the wrong building while arriving at a parole office, in Vancouver, Canada, on Dec. 12, 2018.  (File photo: VCG)