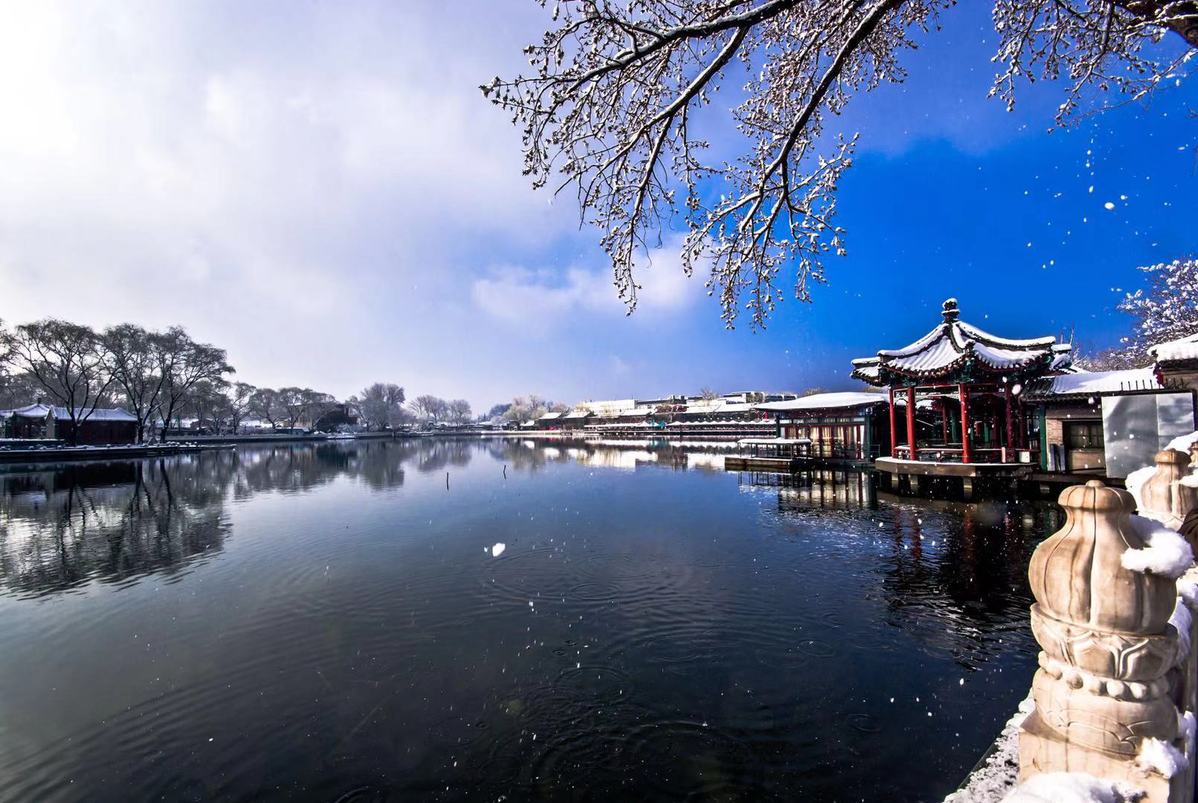 To provide a variety of weather forecasts for the Games, the departments have built 42 meteorological stations at the venues in downtown Beijing, Beijing's Yanqing district and co-host city Zhangjiakou in Hebei province.

Intensive observations in Yanqing and Zhangjiakou were conducted in the winters of 2017 and 2018 to better grasp micro-scale weather conditions in mountain areas hosting skiing events.

"The observations in mountain areas are different from those in plain areas," Zhang said. "More intensive observations will offer detailed meteorological figures to sports teams in a timely manner."

He added that a related department has developed an advanced forecast system, which can predict meteorological elements every minute at different altitudes.

"These extra observations are targeted at the Winter Olympics because crosswinds greatly affect athletes' movements in the air, and the waxing of snowboards depends on snow temperature," Zhang explained.

Beijing will hold a test event, its first in a series entitled "Experience Beijing", for the 2022 Winter Olympics in February.

During the test events, which will start with an Alpine Skiing World Cup event, the meteorological service team for the Winter Olympics will provide weather forecasts for certain spots at the venues.

The frequency of the forecasts will be every hour for the current day, every three hours one to three days in advance, and every 12 hours four to 10 days ahead.

"We also developed related smartphone apps to facilitate organizers and participants of the Games to obtain meteorological information and enjoy services according to their location," Zhang said.

Since the winter of 2017, members of the team have gone through training courses to improve language ability and practical skills.

The group went to the United States and South Korea to learn advanced experiences and will practice weather services in the upcoming National Winter Games and FIS Alpine Ski World Cup, the spokesman said.