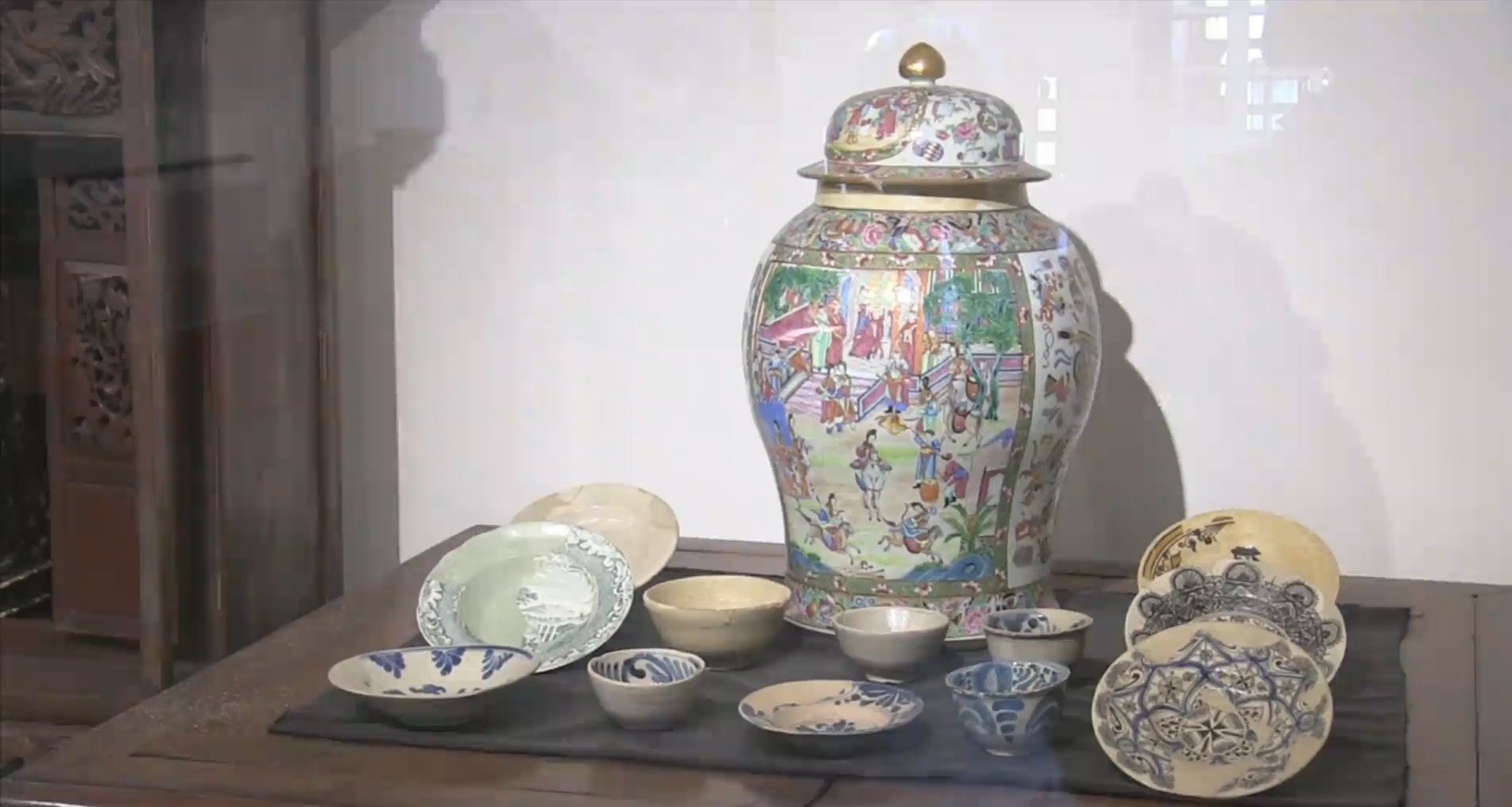 These delicate craftworks are the evidence of maritime trade between China and Mexico that began hundreds of years ago.

Mexican archaeologists in October 2016 uncovered thousands of fragments from a 400-year-old shipment of Chinese "export-quality porcelain". The shipment had long been buried in the Pacific Coast port of Acapulco.

"It is supposed to be dated between the XVII and XVIII centuries, when a single shipment completely crashed here. ... One type of porcelain is in blue and white popular in the Ming Dynasty, which suggests an interesting colonial and archaeological past." Said Curator Victor Hugo Jasso.

The display includes many types of the household utensils in Ancient China from rice bowls and cups to plates and platters, dating back to the Ming Dynasty in the 16th century.

The merchant galleon which carried them aboard was believed to travel regularly between Asia and the New World.

"The Fort of San Diego protected the merchandise of the galleons that brought this type of products, to protect them against the bandits of the sea, pirates." Added Victor Hugo Jasso.

Mexico's National Institute of Anthropology and History reported the find includes four or five kinds of porcelain made in the factories of Jingdezhen. This was the ceramic capital of China where fine china was exclusively produced for exports and royal use.