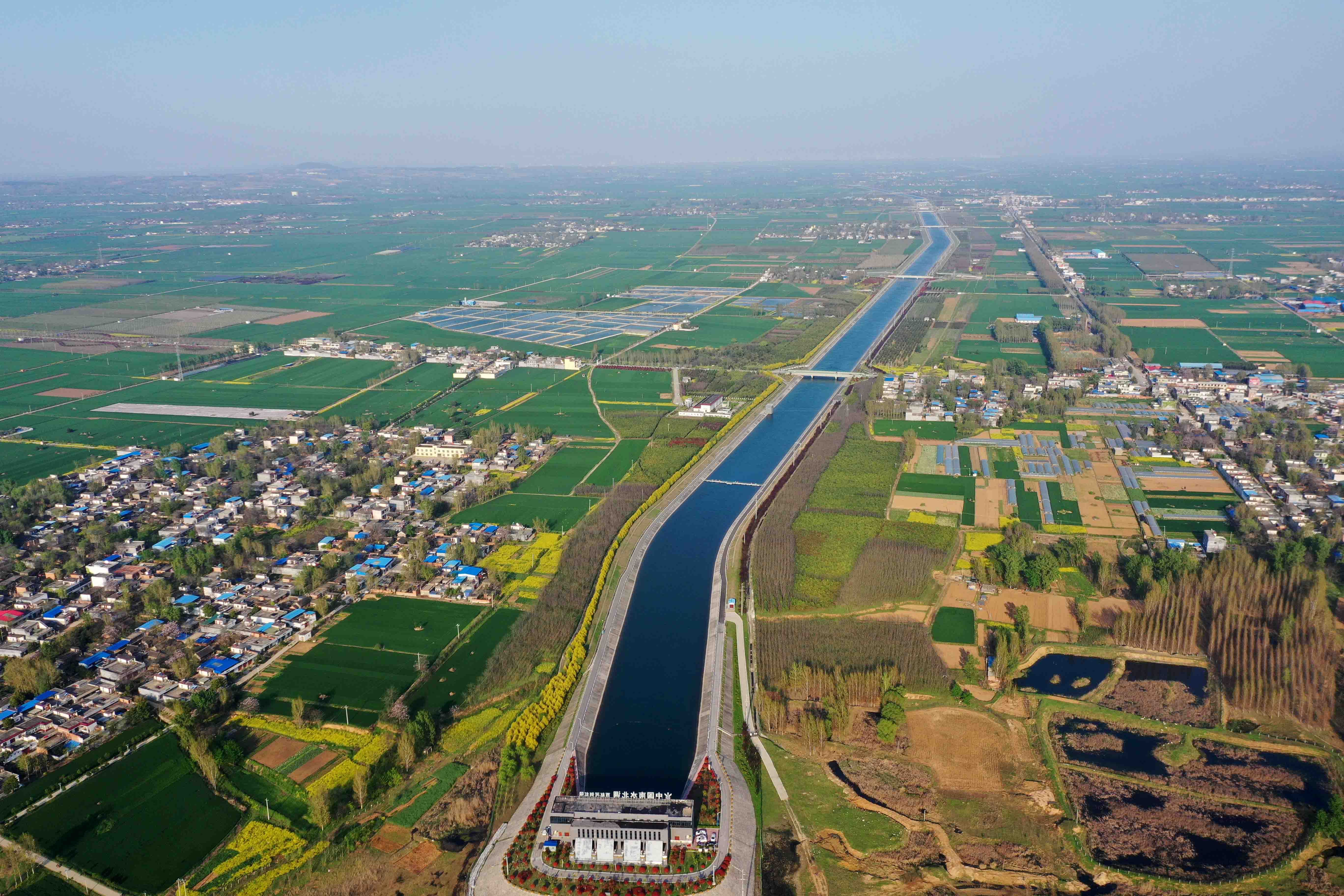 An aerial view of a channel, part of the middle route of the South-to-North Water Diversion Project in Nanyang, Henan province, on April 4, 2021. (Photo: IC)

BEIJING -- As of 8 am Monday, the middle route of China's South-to-North Water Diversion Project has transferred more than 40 billion cubic meters of water to the country's arid north, official data showed.

Since its launch in December 2014, the middle route has directly benefited 79 million people and has emerged as the key water source for large and medium-sized cities along the route running through Beijing, Tianjin, Hebei and Henan.

About 13 million residents in Beijing benefit from this project, which provides more than 70 percent of the water supply in the city's main urban areas.

The middle route has provided 5.9 billion cubic meters of water to 48 rivers in the north for ecological restoration.

The middle route, the most prominent of the three due to its role in feeding water to the nation's capital, starts from the Danjiangkou Reservoir and runs across Henan and Hebei before reaching Beijing and Tianjin. It began supplying water on Dec 12, 2014.

The eastern route of the project began operations in November 2013, transferring water from east China's Jiangsu province to feed areas including Tianjin and Shandong.

The western route is at the planning stage and is yet to be built.