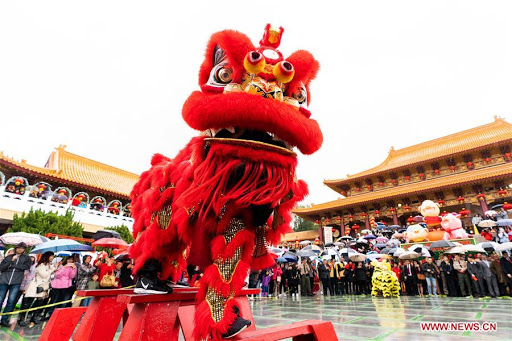 BEIJING/NANNING -- With the Chinese New Year only two weeks away, Wang Manxing is stressing over the idea of returning to his hometown.

"We need to lower the chances of infection, considering the status quo," he said.

China kicked off its annual travel rush, known as "chunyun," on Thursday, with hundreds of millions starting to head home for the Spring Festival that falls on Feb 12 this year. Known as the world's largest annual human migration, the travel rush lasts 40 days from Jan 28 to March 8 this year.

A large number of Chinese migrant workers usually go back home during the chunyun to see their families, but these days, an increasing number of them like Wang are pondering whether to make the trip.

Chinese authorities have rolled out a series of guidelines to ensure the well-being of people who had been asked to avoid traveling during the upcoming Spring Festival holiday.

Qin Hanying, 36, has also decided to spend the holiday away from home. Qin is a migrant worker in the southern Guangdong province, a manufacturing heartland. His hometown is in neighboring Guangxi.

"If I go home, I need to have a nucleic acid test in advance, and I need to have strict monitoring of health conditions even after getting home," Qin said, adding that the 12 days of holiday are too short for him.

Qin said it will be the first time that he will spend the lunar new year away from home. Several of his fellow townsmen have also chosen to stay in Guangdong for the holiday.

"We have all called our parents and told them about our decision," Qin said. "One of my friends' father cried on the phone. But they all eventually came to understand," he said.

A special chunyun as COVID-19 bites

More than 2,000 km away, migrant worker Li Yansong is inspecting the equipment at the Universal Beijing Resort construction site, scheduled to open in May 2021 in Beijing. In accordance with his routine, he should have been on the road to his hometown in North China's Shanxi province at this time.

But he and many co-workers have chosen to spend the Spring Festival in Beijing this year.

"The project department has arranged everything for us," said Li, 36.

In the days leading up to the chunyun, the company Li works for prepared emergency supplies for migrant workers like Li who have decided not to go home this year.

"The canteen will continue to provide meals, and we will decrease their fees," said Yang Meng, project manager with China Construction Second Bureau Installation Engineering Co., Ltd. "We will also give each worker up to 500 yuan (about $77) of subsidies every day from Jan 20 to Feb 19."

Zhang Qiu, 43, is a deliveryman for online food delivery platform Eleme. Hailing from Heilongjiang province, he will stay in Beijing with his wife for the lunar new year.

"The company provides 300 yuan of subsidies every day for each deliveryman staying in Beijing for the Spring Festival," Zhang said. "We also get extra money for accomplishing our tasks."

"The public have realized that only when we are out of any worries and fear of the disease can we really enjoy a peaceful and warm family reunion during the festival," said Xu Jian, a municipal lawmaker from Beijing's Xicheng district.

Nevertheless, some homesick migrant workers have made up their minds to go home for the holiday anyway. For them, east or west, home is the best.

Wei Biying, working in Guangdong's Jiangmen city, is both excited and anxious as the Spring Festival approaches.

"In past years, I would be checking my phone for train tickets," he said. "But these days, I am always checking on the updates of the epidemic."

"I have known the national rules about epidemic prevention and control, and I am currently looking at hospitals that offer nucleic acid testing services," said Wei, 42.

"It's a tough battle in my head, but eventually I have decided to return home," he said.

Wei's family of four have stayed with him in Jiangmen city for years, but Wei's parents, both reaching their 80s, chose to stay in their hometown in Guangxi more than 600 km away.

"They are getting too old, and I think they would be lonely if they spent the holiday alone," he said.

In past years, Wei usually rode a motorcycle home with a motley bunch of plastic bags. But these days, expressways and high-speed trains have connected his hometown with Guangdong. "I usually drive my car home now," he said.

Traditionally, Wei would purchase some specialties as gifts for the Spring Festival to take back home, such as sweets, cookies and milk. But this year for the homecoming, he prepared something special: more than 100 face masks.

"I can't wait to go back home," he said. "As long as we take precautions, we will have a safe and sweet Spring Festival at home."