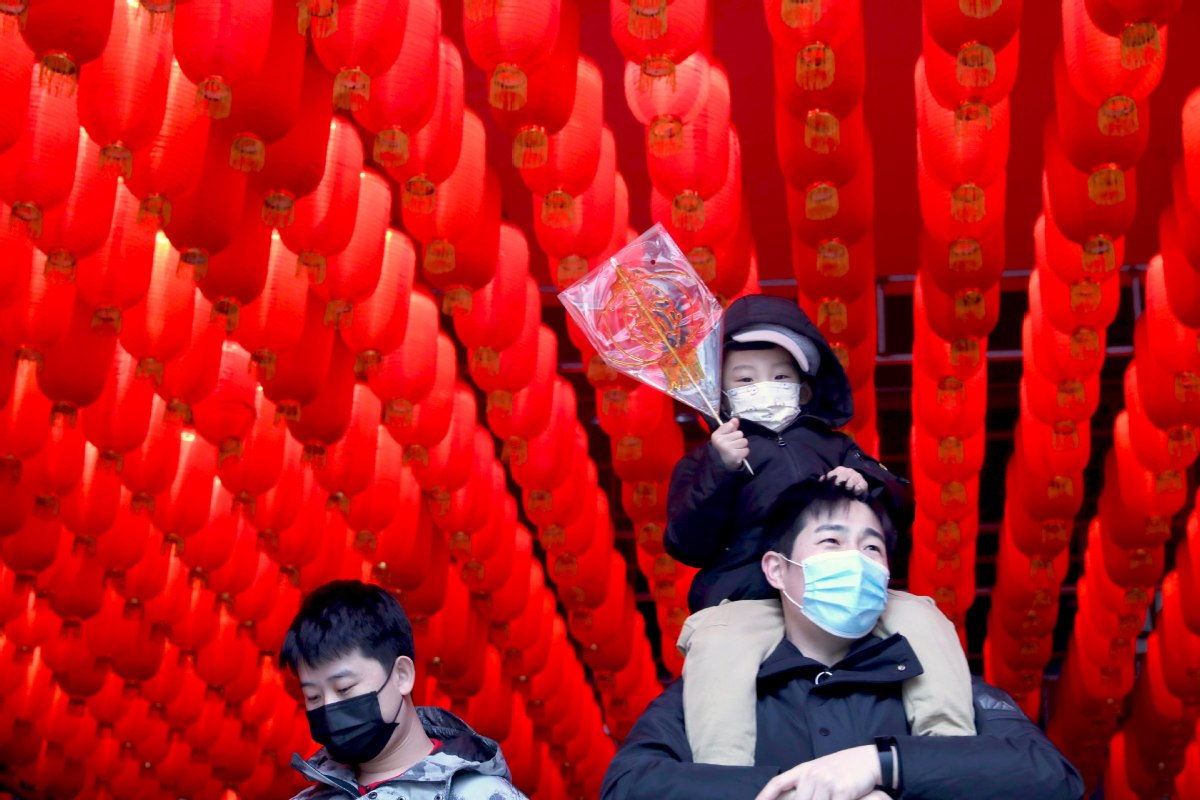 About two weeks before the Spring Festival holiday began on Thursday, Zhang Yuxi had started planning in her head the food and ingredients she needed to buy for a special dinner.

This New Year's Eve was special for Zhang. It was the first time the 26-year-old had celebrated the holiday in Shanghai rather than returning to her hometown of Xingtai in Hebei province, which had reported a growing number of cases of the novel coronavirus.

On Jan 10, when she made the decision to remain in Shanghai, Zhang said the idea of "spending New Year's alone in a rented room far from home" sounded miserable.

However, as the holiday approached, she decided it wasn't a big deal. "Basically, all my colleagues and friends stayed in Shanghai for New Year's," she said.

Like Zhang, many people chose to stay in the city where they work during Spring Festival, China's most important holiday, to avoid the risk of spreading the virus during the traditional mass migration. Most appeared to accept the situation as fair.

Zhang, who works for an internet company, returned home on Jan 1 during the three-day holiday for the New Year.

During the visit, her mother suggested that she wouldn't be able to return for Lunar New Year because of the coronavirus. Those words were prophetic.

Shortly after Zhang arrived back in Shanghai, a major outbreak was reported in Hebei. On Jan 5, five areas in Hebei, including Xingtai and Shijiazhuang, the capital, announced they were in "a state of war" after 14 new cases were reported the previous day.

On Jan 8, the provincial government advised residents to stay in the two cities unless their journey was essential. The following day, it ordered all locals to stay home for seven days.