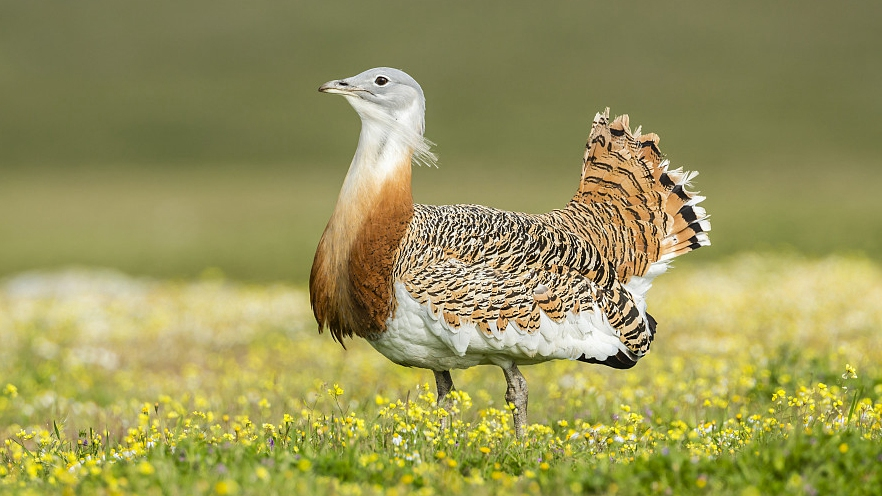 As spring is in the air, hundreds of thousands of migratory birds are making landfall in the Hinggan and Xilingol leagues of north China's Inner Mongolia Autonomous Region, popular stopover habitats in their journey toward the north.

The Tumuji National Nature Reserve in the Hinggan League boasts rich water resources and large swathes of wetlands, where flocks of Siberian cranes, wild goose and other migratory birds forage and shelter in shallow waters. The nature reserve is also known as the homeland of the endangered great bustard.

"The Tumuji National Nature Reserve is an important stopover for migrant birds in Northeast Asia. We have been monitoring the numbers of the birds all these years and have found that during the season of migration, nearly one million birds belonging to the Anatidae family stay over here, and hundreds of thousands of birds could arrive at a time," said Li Xiaomin, professor of the Northeast China University of Forestry Sciences.

According to researchers at the reserve, over 40 species of migratory birds have arrived this year, including Siberian cranes, red-crowned cranes, Eurasian cranes, and whooper swans. Among them, the population of the great bustard, which is under first-class state protection in China, has increased 10 percent than last year. The number of Siberian cranes in the reserve has also increased dramatically.

Migratory birds have also arrived at the Chagan Nur lake in the Xilingol League, another famous stopover site. Tens of thousands of cormorants, herring gulls, and white spoonbills are staying there, much more than the previous years, thanks to the government's efforts in improving the local ecological system.