CHINA Military actions, including those involving aircraft carriers, are always an option if the island of Taiwan continues to "play with fire," an expert w

Military actions, including those involving aircraft carriers, are always an option if the island of Taiwan continues to "play with fire," an expert w 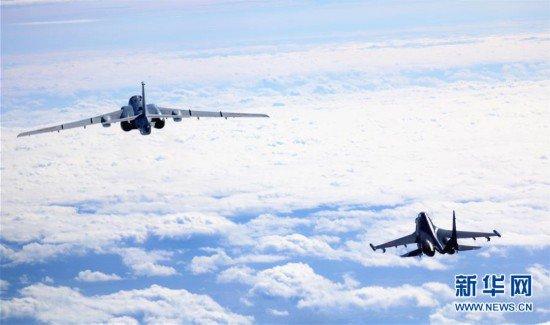 Military actions, including those involving aircraft carriers, are always an option if the island of Taiwan continues to "play with fire," an expert warned Tuesday after the People's Liberation Army (PLA) Navy conducted real combat exercises around the island involving "Chinese Aegis" class destroyers.

A fleet consisting of destroyer Jinan and frigate Huanggang under the PLA Eastern Theater Command has been conducting a high-sea real combat exercise since June 17, the official website of the PLA Navy, navy.81.cn, reported on Monday.

The fleet has sailed through straits and waterways including the Bashi Channel and the Taiwan Straits, according to the report.

The exercise has successfully examined tactics and training procedures by teaming up with other naval warships, aviation forces and coastal defense forces in multiple sea areas, it said.

The PLA Navy and Air Force are increasing the frequency of military exercises around Taiwan, Song Zhongping, a military expert and TV commentator, told the Global Times on Tuesday.

The fleet had entered Taiwan's "air defense identification zone" and stayed for more than a week. This is the PLA Navy's second island encirclement exercise around the island within a month, Taiwan-based media United Daily News reported last week.

"It is normal and legitimate for the Chinese mainland to send strong signals like this to the administration of the island," said Song.

PLA must be able to deal with not only Taiwan's military, but also potential intervention from the military alliance of the US and Japan, Song stressed.

This is also the first time a Type 052C destroyer, namely Jinan, has conducted a training mission like this. Type 052C is called the "Chinese Aegis" because of its phased array radar and air defense missiles, which pose huge threats to Taiwan, noted United Daily News.

However, Type 052C is no more than an air defense missile destroyer. Taiwan should expect more military equipment including China's 10,000-ton class missile destroyer Type 055 and aircraft carriers to take part in similar exercises in the future, said Song.

Solving the Taiwan question with force is always a choice on the table, and Taiwan should not play with fire, warned Song.