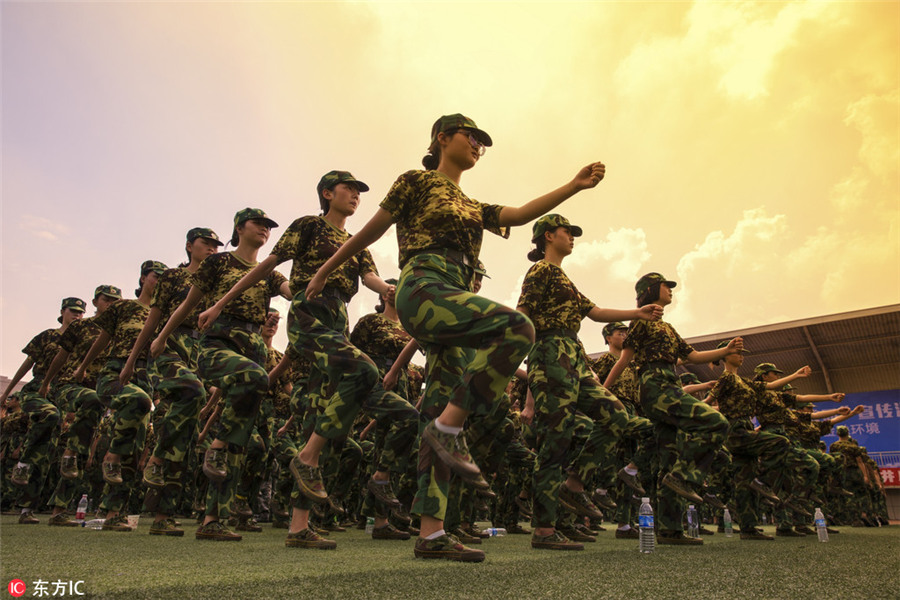 The Chinese military has decided to recruit more university students this year by streamlining recruitment procedures and offering more benefits, according to a new notice.

The document, jointly issued by the Ministry of Education and the Central Military Commission's National Defense Mobilization Department, said the move is intended to boost the modernization efforts of military personnel, enhance military units' combat capability and send more talented people to the armed forces.

Work will be done to further optimize recruitment of university students and increase the quotas for graduates, the notice said, urging local authorities to make specific guidelines and use more favorable policies to attract more graduates.

Priority should be given to those who have taken part in the fight against COVID-19 and their children－especially children about to graduate from university－as long as they wish to join the military, according to the document.

It requested local recruitment offices to make a thorough and comprehensive deliberation when they select applicants from universities and review military units' needs of professionals.

"Students and graduates should be assigned to units that need their specific knowledge and expertise as long as the applicants accept such assignments," the notice explained. "This can ensure that the right people go to the right places and their talents can be fully utilized."

Furthermore, starting in 2021, a total of 8,000 retirees who were university students or graduates before joining the military will be given priority when they apply for postgraduate programs. Currently, 5,000 veterans can benefit from the measure each year.

Starting in 2022, retirees with associate degrees will be eligible for exam-free admission to undergraduate courses, the notice said.

Other benefits include favorable employment policies for graduates who have served in the military and supportive measures for those who want to open their own business after leaving the service, it added.

Universities should pay great attention to recruitment work and assess the performance of staff involved in this work, according to the document.

In another development, Senior Colonel Ren Guoqiang, a spokesman for the Ministry of National Defense, said at a May 29 news conference that more quotas will be given to university graduates in this year's recruitment of noncommissioned officers to allocate more talented young people to the military and also broaden job options for graduates.